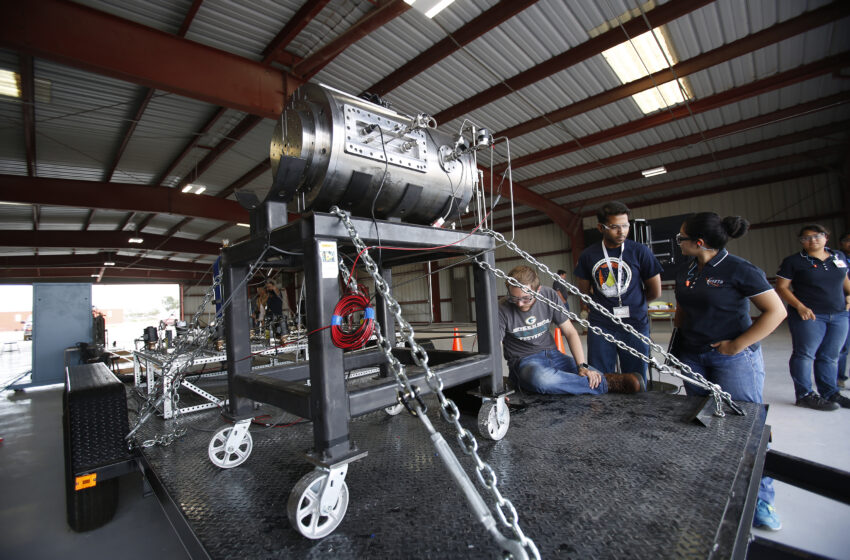 The University of Texas at El Paso has joined the ranks of the Universities Space Research Association (USRA), a nonprofit corporation comprised of 114 universities that have demonstrated a commitment to the advancement of space-related science, technology and engineering.

USRA’s current members formally admitted UTEP into the Association on May 17, 2021. Several space- and aerospace-related initiatives buoyed the University’s application for membership in the USRA. Those included the Aerospace Center, also known as cSETR, which conducts research using computational modeling of heat flow, fluid flow and structural analysis to create test hardware and experimental facilities in space propulsion, small satellite design and combustion in the energy sector.

The substantial number of recent UTEP doctoral graduates and current students in space- and aerospace-related fields, as well as the high number of courses available in these areas at UTEP, were also important components of the University’s bid.

“This designation from the USRA is an important recognition of the transformative work that members of the UTEP faculty and staff are doing in the fields of space and aerospace research,” said Roberto Osegueda, Ph.D., UTEP vice president for research.

“From innovations in unmanned aerial vehicles to the creation of new ways to use natural resources in environments such as the moon, these projects aim to revolutionize not only their respective fields, but also the local community through the creation of new industries where our students can apply their talents.”

Jack F. Chessa, Ph.D., chair of the department of mechanical engineering in UTEP’s College of Engineering, has been appointed as the University’s delegate to the USRA.

The eligibility criteria for USRA membership includes demonstrated significant contributions in space or aerospace research fields by faculty, and a substantial commitment to courses of study and dissertation research leading to the doctorate in one or more related fields.

“We are very pleased to welcome UTEP as a member,” said Dr. Jeffrey A. Isaacson, USRA’s President and CEO. “Its expertise broadens our collective strength in space-related science and technology, worldwide. We look forward to UTEP’s active engagement with, and contributions to, our association.”

UTEP’s stature as a national center of expertise in space and aerospace research is poised for continued growth thanks to significant initiatives that are still taking shape.

Those include a new Bachelor of Science in Aerospace and Aeronautical Engineering that was approved by The University of Texas System Board of Regents in early May, and the creation of the Center for Advanced Manufacturing and Aerospace, for which the Regents allocated $70 million in late 2019.