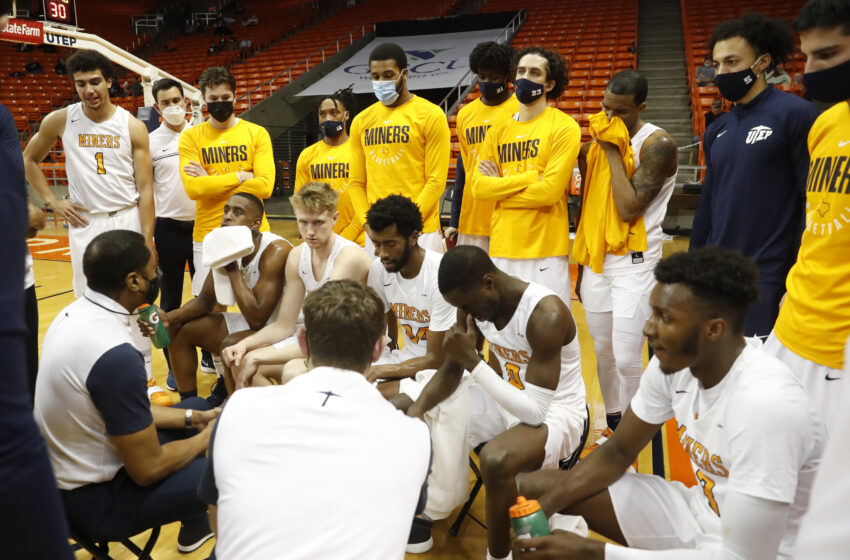 UTEP men’s basketball will face one of the league’s top defensive squads when it hits the road to play North Texas on Friday, January 15.

UTEP has only turned the ball over 18 times (6.0 per game) during the last three contests.

Bryson Williams scored a season-high 29 points against Rice on Jan. 8, while averaging 15.7 points per game and 7.7 rebounds per contest. Jamal Bieniemy is averaging 19.0 points and 5.8 assists per game in four C-USA contests. Bieniemy leads C-USA in assist/turnover ratio (4.0) and fourth in assists per game (5.3). Bieniemy tallied 24 points with six dimes during UTEP’s Friday night victory.

UNT ranks third in C-USA in free-throw percentage (74.5). North Texas was supposed to open league play against UAB on Jan. 1 and 2, but the contests were postponed due to positive COVID-19 tests and subsequent contact tracing within UAB’s program. In place of Saturday’s game against the Blazers, UNT scheduled a game at Loyola Chicago.

The Mean Green responded with a three-game winning streak.

Tipoff is set for 6 p.m. MT at the Super Pit in Denton.

The Miners and Mean Green will be televised on Stadium on Friday and Saturday with Chris Hassel (play-by-play) and Dani Klupenger (analysis) calling the action. Both contests can also be heard on the home of UTEP Basketball 600 ESPN El Paso and the UTEP Miners app with “The Voice of the Miners” Jon Teicher behind the mic in his 40th season.