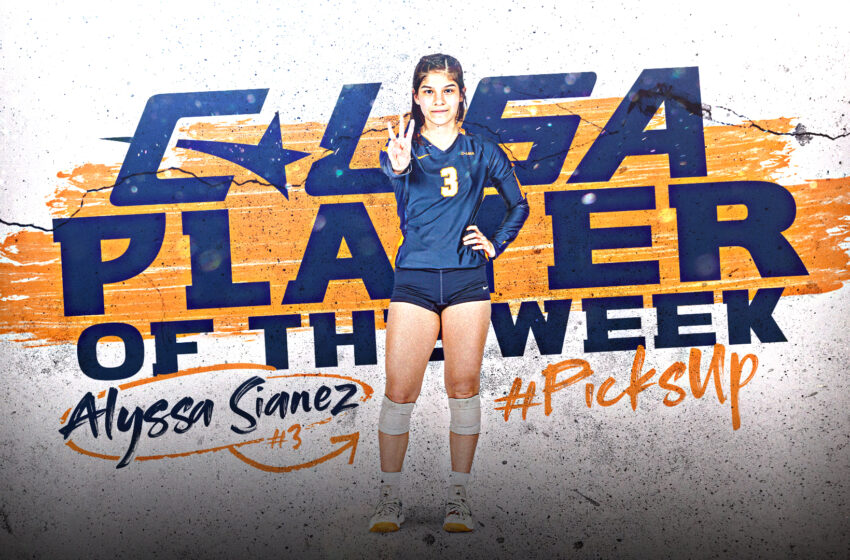 UTEP Player of the Week

Sianez has been named the Conference USA Volleyball Defensive Player of the Week after helping UTEP notch back-to-back sweeps against North Texas.

“I’m really excited for Alyssa,” head coach Ben Wallis said. “She’s doing so much better defensively. Being a young full time six-rotation libero, it takes a while to understand how to deal with the complexities, defensively, of the rigors of college volleyball.

“She’s been playing very well in the last month,” Wallis said. “She went from 3.5 digs/set in the middle of the year to now averaging to almost five, which is a big jump at the end of the season.”

Sianez had an outstanding weekend as she led the Miners with 33 digs (5.50 digs/set) in six sets played helping the Miners sweep a pair of matches over the Mean Green. Saturday, the sophomore defensive specialist from El Paso, Texas posted 17 digs (5.67/set) in a three-set sweep. Sunday, she followed that performance with 16 digs (5.33/set) and a service ace to repeat a three-set sweep over North Texas. In the conference, she currently ranks fourth with 402 total digs and is eighth with 4.14 digs per set.

“She’s growing and she’s got a lot more in her,” Wallis said. “We can turn her into a really special defender and when we do, she’s going to be the best player in the conference really soon because of the ability to receive-serve at a high level. I’m really proud of her.”