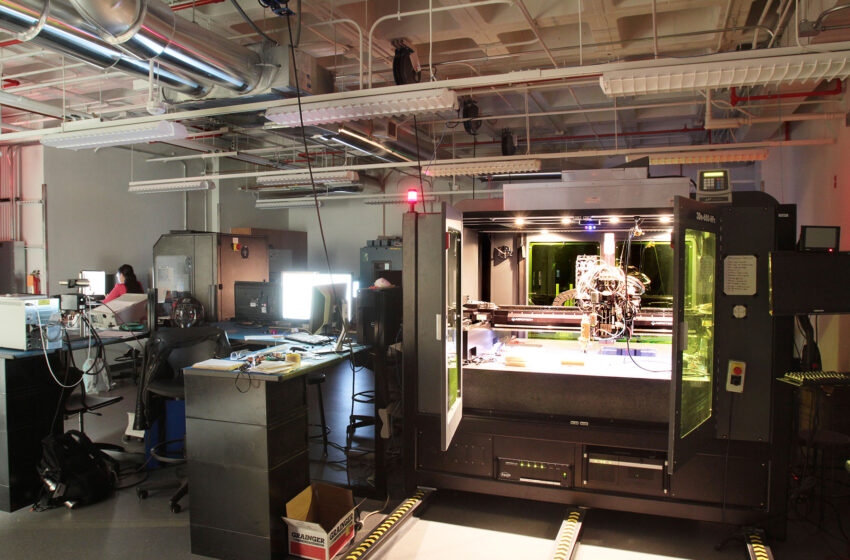 The University of Texas at El Paso has received a $2.1 million grant to develop a next-generation 3-D printer. The system will be an all-in-one printer that’s capable of printing industry-quality parts, including electronics formed out of plastics, and assembling metals and electronics during the fabrication process.

“This technology is going to be unique and different from everything else on the market right now, providing tremendous opportunities for small and large manufacturers to explore 3-D printing for their unique electronics applications,” said David Espalin, who manages the University’s W.M. Keck Center for 3-D Innovation and will oversee the project.

Current 3-D printers are only capable of printing a single material, like metal or plastic. But if the end product requires multiple materials, engineers must combine the materials separately. For example, they often resort to assembling different parts together by hand, resulting in a significantly slow assembly time.

UTEP’s all-in-one 3-D printer, nicknamed the “factory of the future,” will help resolve this issue through its multi-faceted capabilities. In addition to printing multiple materials — including a variety of plastics to form virtually any shape — it will have the ability to print and place wires, foils, conductive inks and other components for electronics.

The printer will also be able to perform common manufacturing processes like micromachining, the cutting and shaping of plastics and metal. The end result will be a compact system that can produce fully-functional electronics, like a cell phone or satellite, without the need for assembly or additional processing.

That project uses a robotic arm to move items from one 3-D printer to another, bypassing the need for an engineer or operator to get involved.

But this newly funded technology will be a single printer and more affordable once it hits the market, Espalin emphasizes.

Keck Center Director and project-lead Ryan Wicker, Ph.D., said, “We are very pleased to be building on our previous work and developing a lower-cost solution that requires less space to operate for building fully-functional 3-D electronic devices. We believe this technology will be affordable for small companies and universities, but will also be very attractive to large companies for development and production of next generation electronic components.”

Over the next 18 months, UTEP will lead a group that includes Draper Laboratory, Northrop Grumman, Stratasys and Applied Systems and Technology Transfer (AST2) to complete the project. The team expects to have a prototype of the system in less than one year and anticipates commercialization of the technology by the end of the 18-month project.

“The development of the next generation of additive manufacturing technology is underway at The University of Texas at El Paso,” said Wicker. “To gain wider adoption of 3-D printing technology, a more compact and low-cost approach is necessary — and UTEP is hoping to solve that issue sooner than later.”

The new grant is funded in part by America Makes, or the National Additive Manufacturing Innovation Institute, which is working to revitalize manufacturing in the United States through 3-D printing.