The UTEP soccer team will put its two-game winning streak on the line when it plays at Marshall at 5 p.m. MDT Thursday. It is the final league road game for the Miners (11-4-2, 4-3-0 Conference USA) and the Thundering Herd (4-7-4, 2-4-2 Conference USA) will be highly motivated with the C-USA slate winding down.

“We have a big test ahead facing the 2015 Conference USA runner-ups, Marshall, on the road,” UTEP head coach Kevin Cross said. “Marshall has a very explosive attack, and we will have to be very focused in the game. The key is that we must bring our top game. When we do, good things will happen for us.”

For the second straight week, the Miners will have a split schedule (one road game, one road). UTEP handled the unique circumstances extremely well last week, knocking off UTSA, 3-2, on Oct. 14 before emerging victorious at Middle Tennessee, 4-1, on Oct. 16. UTEP is the only team in Conference USA to have multiple split weekends on the docket for league play.

This week it’s reversed, with a road match at Marshall (5 p.m. MDT Thursday) and a home contest vs. Florida Atlantic (12 p.m. MDT Sunday).

It’s Been A While

Brief Rundown On The C-USA Standings

Marshall is 4-7-4 overall, including 2-4-1 in Conference USA action. The Thundering Herd are 2-2-1 at home on the year but just 1-2 within C-USA play in Huntington. After a three-game undefeated streak (2-0-1), Marshall is 0-2-1) in its last three contests. MU’s offense has been a three-headed monster, with Jordan Sackaris (seven goals-tied fifth Conference USA), Sydney Arnold (four goals) and Shontelle Smith (four goals) accounting for 15 of the 18 tallies on the season.

The Miners are 21-9-5 on the road since 2013, including a mark of 5-2-2 this year. That effort has secured UTEP its school-record fourth straight year with a winning road record. The match-up against Marshall marks the final road contest of the regular season.

UTEP has recorded nine shutouts on the year. That figure rates tied for second on the program’s single-season records. The school standard (11) was set in 2006 while the 2014 squad also registered nine shutouts.

UTEP has recorded nearly as many shutouts (nine) than goals allowed (12) on the year. UTEP is among the C-USA and national leaders for save percentage (.876-first C-USA/ninth nation)-aided by two team saves- goals against average (0.85-second C-USA/67th nation) and shutout percentage (.529- first C-USA/33rd nation)

Sophomore GK Alyssa Palacios has emerged as an elite keeper, with simply sensational numbers. She is among the Conference USA and nation’s leaders in save percentage (.874- first C-USA/15th nation), total saves (104-first C-USA/fourth nation), GK minutes played (1579:43-first C-USA/sixth nation) and goals against average (0.72-third C-USA/66th nation). She has made at least seven saves in nine contests, including a career-high tying 10 vs. Rice on Oct. 9.

For the first time since a six-game stretch (final five non-conference, first C-USA), Miner netminder Alyssa Palacios has faced 15 or fewer shots in consecutive contests. The Miners allowed 15 shots vs. UTSA (10/14) and 12 at Middle Tennessee (10/16).

UTEP has been credited with 32 assists (eighth C-USA/63rd nation) on its 29 total goals (eighth C-USA/111th nation) this year. Aleah Davis keys the efforts (seven-tied second C-USA/27th nation) while Kennadie Chaudhary and Bri Thomas are tied for second on the team at four (tied 11th C-USA). Bri Barreiro, Lauren Crenshaw and Nicole Lindsay share fourth on the squad with three helpers while Devyn Hunley, Jenna Mullen, Carleigh Simmons and Natalie Valentine each have two assists. Yesenia Contreras and Aylin Villalobos both have one helper apiece. The last time the Orange and Blue concluded a campaign with more assists than goals was in 2014 (34 assists, 29 goals). The only other such occurrence at UTEP was in 2008 (39 assists, 35 goals).

UTEP has recently been recognized by the NSCAA for its performance in the classroom during the ’15-16 scholastic year. The Miners sported a 3.60 GPA, which led Conference USA, and as result have claimed the NSCAA Team Academic Award. It is the sixth straight year that the Miners have been so distinguished. 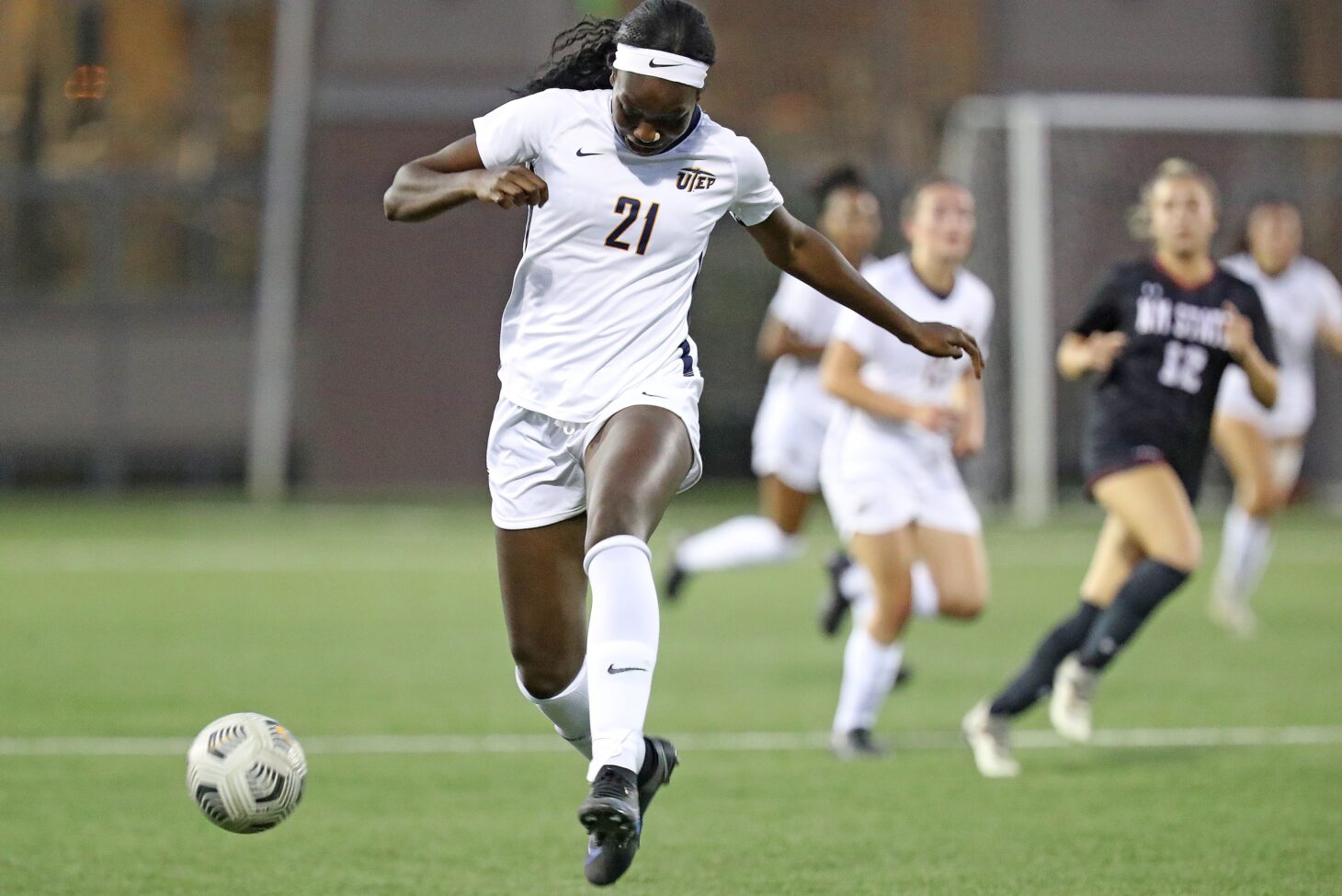