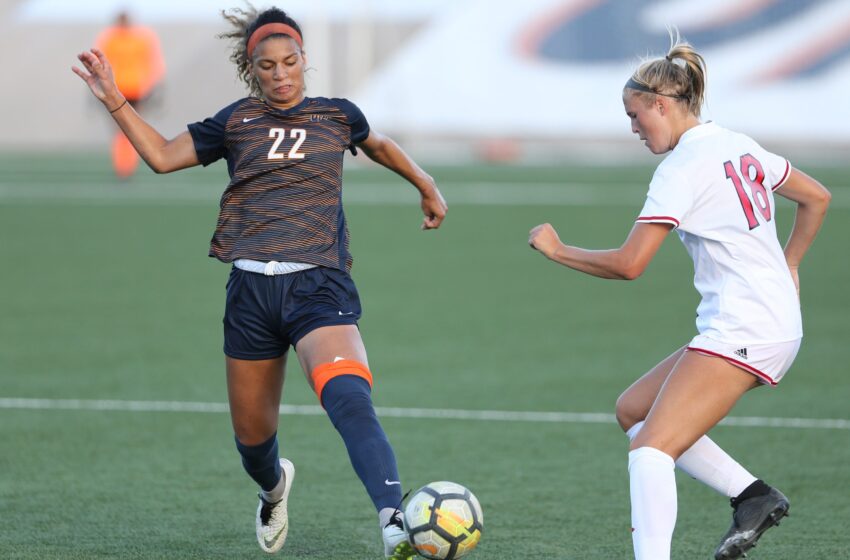 OGDEN, Utah – Senor goalkeeper Alyssa Palacios registered her second shutout of the season as the Miners played to a scoreless draw at Weber State in Ogden, Utah, on Sunday afternoon.

“Today was a tough match,” UTEP head coach Kevin Cross said. “We had less rest than Weber State (from playing on the road this week). We had a couple of excellent chances in the first half that we did not put away, and then some really good corners at the end of regulation. Congratulations to our team defense, back line and keeper for getting the shutout. Today was good preparation for starting Conference USA play next weekend on the road.”

Palacios is now tied for the most career shutouts at UTEP with Sarah Dilling (2011-14) and needs just one more shutout to sit atop of the helm alone.

The Miners opened the first half with four shots, forcing Wildcat keeper Nikki Pittman to make one save. Lauren Crenshaw recorded two shots. Cayla Payne and Natalie Valentine both got a look at goal.

In the 36th minute, Palacios made a crucial save to keep the score in a deadlock. UTEP then had a good chance on the counter attack. Defender Payton Ross cleared the ball up the field, which was controlled by Valentine with a great first touch. She blew past the back defender and went one-on-one against Pittman, putting the ball just wide of the goal. That was the closest either team came to scoring in the opening half.

The Miners opened up the second half with a defensive stand. Palacios made her second save of the game in the 48th minute when a shot by the Wildcats deflected off a UTEP defender and was smothered by Palacios. The senior GK made four total saves, moving her up to 378 in her career.

Crenshaw led the Miners with three shots (two on target). Her best opportunity to find the back of the net was off a free kick in the 62nd minute. Crenshaw took the free kick from 30-yards out, just missing the crossbar.

The Miners continued to commit numbers forward in the final 10 minutes of regulation, earning three consecutive corner kicks. Nicole Pugsley used her length to her advantage, connecting on a header that put the ball wide of the net.

Neither team could break the deadlock in overtime. UTEP’s Danielle Carreon registered the only shot of the overtime period, coming in the 107th minute.

The Miners will begin league play on Sunday, Sept. 16, when the team travels to Miami, Fla., to face off against FIU.