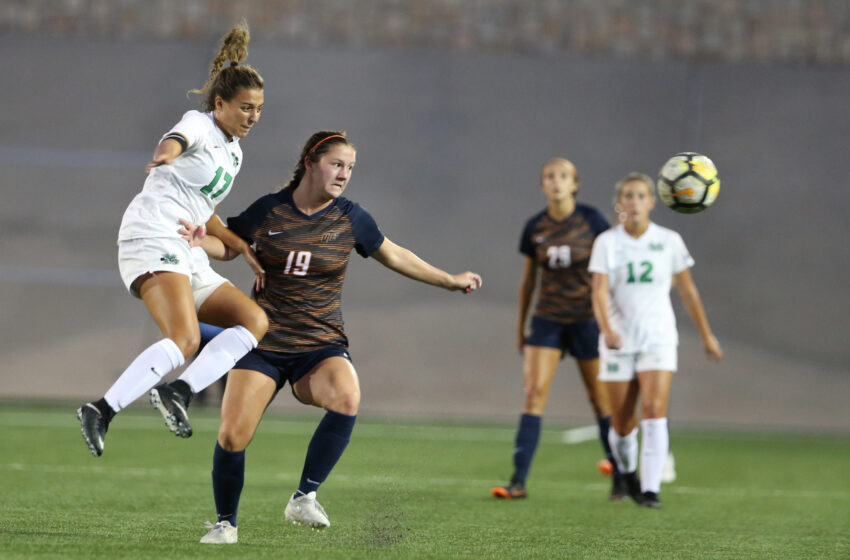 HATTIESBURG, Ms. – UTEP’s Carleigh Simmons (47’) and USM’s Miah Zuazua (47’) both netted a goal from the penalty spot in a 1-1 draw at the USM Soccer Complex on Sunday afternoon.

“UTEP Soccer really battled for each other on this long road trip going to overtime in both games,” Head coach Kevin Cross said. “Today we got a tie against a very good team on their senior night. Both our keeper and Southern Miss’ keeper made a few big saves as Jodie Enokson has a shot saved that was going upper 90. I appreciate how hard our team is working for each other on the road. We look forward to showcasing this effort at home this week for our last two home games on Thursday versus Charlotte which is our Pink Out game supporting breast cancer awareness, and Senior Night on Sunday versus Old Dominion.”

Sophomore Caley Leask got her second consecutive start in goal. She registered a career-best nine saves on 20 shots faced. Leask was called into action early in the game, making five saves in the first half.

The Golden Eagles had the best chance to break the deadlock in the 42nd minute, getting consecutive shots at goal. USM’s Stephanie Garcia had a shot blocked from the top of the penalty box. JoAnnie Ramos took a crack at goal off of the rebound only to see Leask make a diving save to her right.

The second half started with back-to-back corner kicks for the Golden Eagles. UTEP defended well with a blocked shot coming in the 46th minute. USM got its first breakthrough with a penalty called inside the box that was tucked away by Zuazua.

The Miners responded by applying pressure to the back line of USM’s defense. UTEP earned three consecutive fouls before getting a penalty called against the Golden Eagles defense.

Captain Lauren Crenshaw missed the game due to a red card suspension from Thursday’s match against LA Tech. Cross called upon Simmons to take the PK. Simmons converted her first attempt on the season while also keeping the Miners perfect from the PK spot, 4-4, on the year.

Both teams stayed locked at one goal apiece at the end of regulation, putting UTEP in its sixth overtime game of the season.

Freshman Jojo Ngongo had the best opportunity in overtime with a shot going just wide of the target for the Miners.

The Orange and Blue will be back in action with a pair of home games this week. The Miners will face Charlotte at 7 p.m. Thursday while hosting Old Dominion at 6 p.m. on October 21.