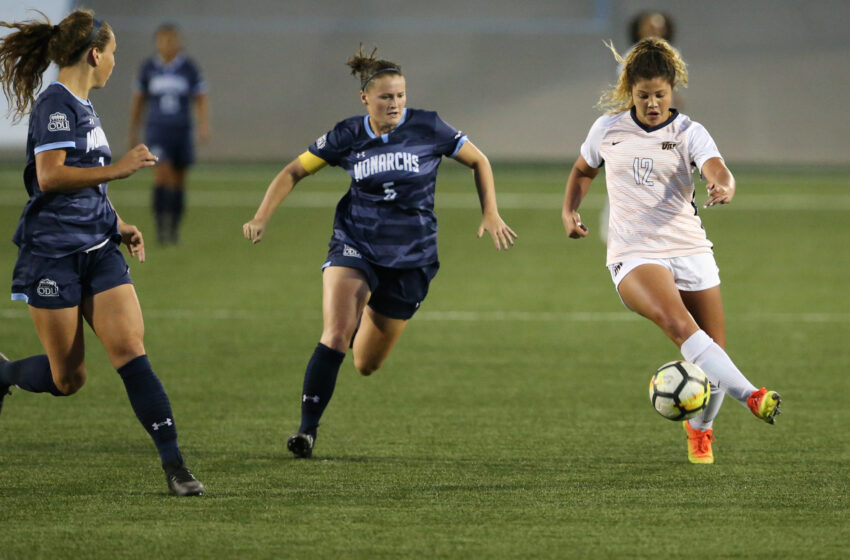 “UTEP soccer battled very hard tonight against a spirited UTSA squad,” UTEP head coach Kevin Cross said. “To end the season undefeated in the last four games shows how much we have grown as a team. I am very appreciative of our team’s effort to close out the season. We will carry over this momentum into the 2019 campaign. I am also very thankful for our five seniors’ outstanding career. Payton Ross who set our career minutes played record tonight, Alyssa Palacios who set the career shutouts in goal, Carleigh Simmons our captain and four year starter, and Jodie and Sheridan Smith who have shown great character to comeback from major injuries to contribute to our team’s success this year.”

Leask made her fifth start of the season, registering three saves on 17 shots faced.

The Roadrunners applied early pressure earning two shots along with a corner kick in the opening five minutes. Marianna Hernandez took a shot right in front of the goal but it was saved by Leask.

In the 17th minute Kam Fisher took a shot from 20 yards out forcing UTSA’s Michelle Cole to make her first save of the game. Fisher led the Miners with two shots, both forcing saves from Cole.

Natalie Valentine opened the second half putting a powerful shot on goal only to see UTSA’s goalkeeper make the save. The Miners defense held strong and blocked two consecutive shots from the Roadrunners in the closing minutes. Ross deflected a shot from UTSA’s Jordyn Lacy in the 80th minute.

Lewis had the best chance for the Miners to break the deadlock in the 83rd minute, controlling the ball on a counter attack and putting her shot just over the crossbar.

The Miners defense didn’t give up any easy shots in the overtime period, holding the Roadrunners to only five shots.