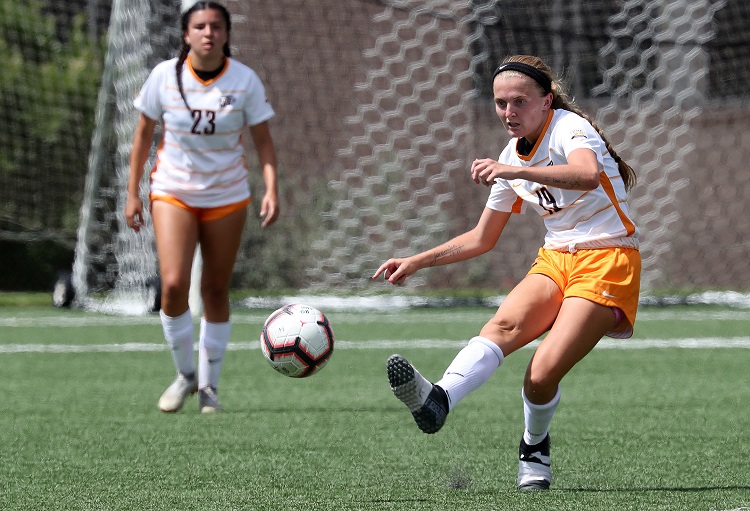 The UTEP soccer team (0-2) will hit the road for a pair of match-ups this week, both of which will be contested in Davis, California.

The game against Nevada was originally slated for Reno, Nev., before being moved to Davis, Calif., due to smoke levels in the Reno area.

“This season we are on the road a lot,” UTEP head coach Kathryn Balogun said. “We weren’t able to get the result at home (against Abilene Christian) so we will need to be able to go on the road and find some success against two tough teams. Unfortunately because of the fires we’ve had to move our game at Nevada to Davis, Calif. so it will be a neutral site for both teams. Then we will finish this road trip at UC Davis, which will be a strong side and tough to break down offensively.”

Last time out, the Miners played well and was aggressive early on, but it couldn’t put it all together in a 1-0 setback against Abilene Christian in its home opener at University Field Sunday on Aug. 22. ACU’s Natalie Jones (22’) scored the lone goal in the game. The Miners generated six shots on target, including three within the first eight minutes of action, but Wildcats’ GK Lily Foster was in fine form to turn away every try. The Orange and Blue also produced five corner kicks. UTEP netminders Luisa Palmen (two) and Mariah Scott (three) combined for five saves in the match.

UTEP has three goaltenders on the roster, and all three have already earned time on the pitch. Mariah Scott played the second half against both at Texas Tech (Aug. 19) and Abilene Christian (Aug. 22), making a combined six saves without allowing a goal. Returning starter Emily Parrott started the opener at TTU, delivering two saves. Freshman Luisa Palmen got the starting nod vs. ACU, also coming up with two stops.

The Miners (0-2) are in the midst of playing five of its first games on the year away from home. Overall on the year the Miners will have 10 contests outside of El Paso (nine road, one neutral) compared to six home tilts, marking the second straight year that UTEP will have more road games than home match-ups during the regular season.

UTEP returned 23 letter winners from last year’s team (3-6-2, 2-3-1 C-USA), including nine starters. The Miners also added six newcomers. The Orange and Blue are under the direction of third-year head coach Kathryn Balogun, who sports a mark of 13-14-5 in the Sun City, including 0-1 this year.

Nevada dropped its season opener on the road to Pacific, 1-0, on Aug. 20. GK Kendal Stovall was credited with 10 saves in the match. The Wolf Pack had seven shots, including three on target. Last year Nevada finished 1-7-2 in the Covid-affected campaign. It was 1-2-2 at home and 0-5 on the road.

UTEP is unbeaten in seven prior matches with Nevada, leading the series, 6-0-1. The last meeting came in 2016, a 2-0 home win for the Miners.

UC Davis is 1-1 on the year, having beaten New Mexico, 1-0, in its season opener on Aug. 19 before being upended at UNLV, 3-2, on Aug. 21. The Aggies will challenge NM State at home on Friday (Aug. 27) before welcoming the Miners to town for Sunday’s match-up.

Leslie Fregoso has tallied two of the team’s three goals on the year. Sami Ruelas has also found the back of the net. Nicki Rucki has started both games in goal, recording seven saves on 10 shots on goal.

UTEP will close out a stretch of four consecutive matches away from home by challenging UIW (Sept. 3) and SEC power Texas A&M (Sept. 5).