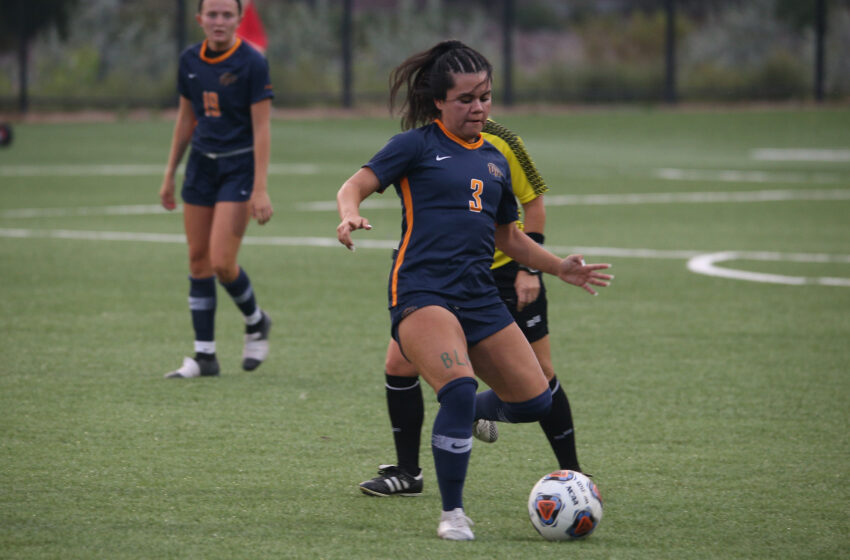 “For Abilene Christian we need to make sure that we come out from the start and play a full 90 minutes like we put together at Texas Tech,” UTEP head coach Kathryn Balogun said. “But we need to find a way to have possession in the final third instead of always having possession in our defensive third and defending the whole time.”

Tickets are $8 and can be purchased through the Eisenberg Family Ticket Office by calling (915) 747-UTEP, emailing tickets@utep.edu, by going online or in person at 201 Glory Road (Brumbelow Building) Monday thru Friday from 8 a.m. to 5 p.m.

The match will also be streamed on CUSATV (subscription required). It will be “Camper Reunion Day” in addition to “Kids Day” for the contest against ACU.

UTEP battled, defended with grit and possessed well in a 1-0 loss at Big 12 member Texas Tech in the season opener for both squads on Aug. 19. The 2019 Big 12 Offensive Player of the Year, Kirsten Davis (37’), provided the lone goal in the game to propel the homestanding Red Raiders past the Miners. Goalkeepers Mariah Scott (three saves) and Emily Parrott (two saves) combined for five stops on the night.

The Miners limited Big 12 power Texas Tech to just one goal, the fewest the Miners have conceded against a power five conference opponent since shutout victory (1-0) against Baylor on Aug. 22, 2008. Furthermore, the prior three losses to power conference schools were all by multiple tallies with a combined margin of 10-1.

UTEP has three goaltenders on the roster, with each expecting to make impacts this season. Emily Parrott started against Texas Tech, delivering a pair of stops in the first half. Mariah Scott came on for the final 45 minutes to post three saves. True freshman and Germany native Luisa Palmen is also expected to see action.

The Miners are in the midst of playing five of its first games on the year. Overall on the year the Miners will have 10 road contests compared to six home tilts, marking the second straight year that UTEP will have more road games than home match-ups during the regular season.

UTEP returned 23 letter winners from last year’s team (3-6-2, 2-3-1 C-USA), including nine starters. The Miners also added six newcomers. The Orange and Blue are under the direction of third-year head coach Kathryn Balogun, who sports a mark of 13-14-5 in the Sun City, including 0-1 this year.

ACU is 0-1 on the year, after falling, 2-1, in overtime at NM State in its season opener on Aug. 19. Natalie Jones found the back of the net for the Wildcats. Lily Foster registered five saves in net for ACU. The Wildcats were predicted to finish second in the West Division of the WAC, with Christina Arteaga being tabbed to as a Preseason All-WAC honoree. She has been a four-time first team All-WAC honoree and is taking advantage of her Covid year to play a fifth and final campaign.

UTEP trails the series against ACU, 2-3-2, with the Wildcats having won the past three match-ups. The two squads squared off annually from 2013-19 before not meeting last year in the Covid-shortened season.

UTEP will play at Nevada on Aug. 26, kicking off a stretch with four consecutive road contests. The Miners will also battle UC Davis (Aug. 29), UIW (Sept. 3) and SEC power Texas A&M (Sept. 5) during the daunting stretch.