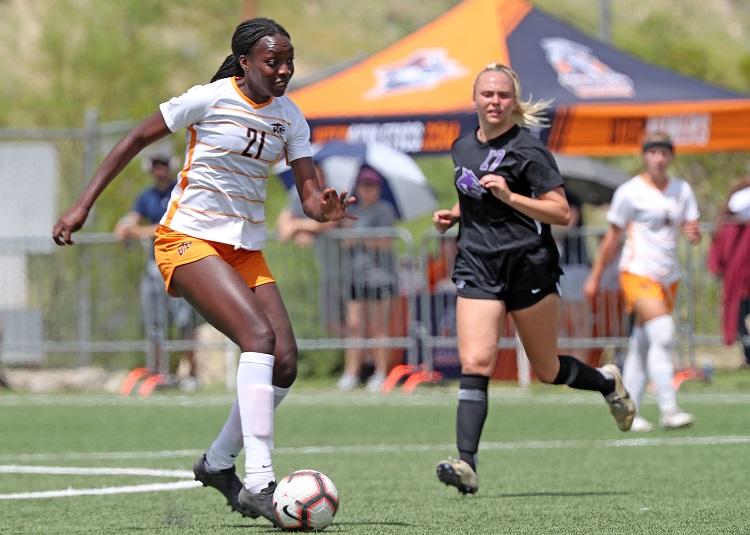 There will be live stats and a live stream for the game at UIW. The match at Texas A&M will be streamed on ESPN+, in addition to having live stats.

“Both Incarnate Word and ourselves are fighting for our first win of the season in our important away game on Friday,” UTEP head coach Kathryn Balogun said.

“We both have had multiple losses by just one goal. This week in preparation we spent time working in the final third, as we need to become cleaner on both sides of the ball in the last 25 yards. Last weekend it was nice to get on the board with three good build up goals. Now both our defense and offense need to combine and have a solid 90 minute performance.”

Close But No Cigar

UTEP is 0-4 on the season, with all four losses coming by one goal. That combination of events hasn’t happened since 2017, when the Miners actually were saddled with an 0-5 start before going 8-6 the rest of the way to finish the year at 8-11. UTEP is showing signs of progress, scoring three total goals the past two contests after having been blanked in each of the first two match-ups.

Twenty five different Miners have earned playing time this season, with 17 of them appearing in all four matches. There have also been 14 Miners to secure at least one start to this point.

Vic Bohdan, Sheyliene Patolo and Jackie Soto have all scored one goal on the season for the Miners to share the team lead. Bohdan, Cam Fisher, Jojo Ngongo and Molly Sutherland have all been credited with an assist. Fisher has a squad-best six shots, while Bohdan has recorded the most shots on goal (three) of any Miner.

UTEP has three goaltenders on the roster, and all three have already earned time on the pitch. Freshman Luisa Palmen has played the most, starting three of the four contests. She has registered a .714 save percentage with 10 saves. Mariah Scott has turned away all six shots on goal faced in a combined 90 minutes of action. Emily Parrott has the other start this year, compiling two saves in two halves of soccer.

UIW is 0-3 the young season, with all three losses coming at home and by one goal. Its season-opening homestand continues this weekend with match-ups against the Miners (Sept. 3) and NM State (Sept. 5). Sierra Wannamaker has accounted for the only goal on the year for UIW. She also tops the team in shots (eight) and shots on goal (four).

SEC power Texas A&M is 1-2 on the year, having not played a team ranked lower than ninth in the country to this juncture. The Aggies lost their season opener, 1-0, at No. 1 Florida State (Aug. 19) and fell, 2-1, at No. 8 TCU (Aug. 22). Last time out Texas A&M rolled to a 3-1 victory over No. Clemson (Aug. 28). The Aggies will face Sam Houston State on Friday (Sept. 3) before hosting the Miners on Sunday. Four different players have found the back of the net for Texas A&M.

Sunday’s match is the first between the Miners and the Aggies.

UTEP (0-4) is in the midst of playing five of its first six games on the year away from home. Overall on the year the Miners will have 10 contests outside of El Paso (nine road, one neutral) compared to six home tilts, marking the second straight year that UTEP will have more road games than home match-ups during the regular season.

UTEP returned 23 letter winners from last year’s team (3-6-2, 2-3-1 C-USA), including nine starters. The Miners also added six newcomers. The Orange and Blue are under the direction of third-year head coach Kathryn Balogun, who sports a mark of 13-17-5 in the Sun City, including 0-4 this year

Up next, the Miners battle I-10 rival NM State at home at 7 p.m. MT on Sept. 9. Tickets are $8 and can be purchased through the Eisenberg Family Ticket Office by calling (915) 747-UTEP, emailing tickets@utep.edu, go online or in person at 201 Glory Road (Brumbelow Building, UTEP campus) Monday thru Friday from 8 a.m. to 5 p.m. Group tickets are also available for $5 (minimum of 10 tickets).