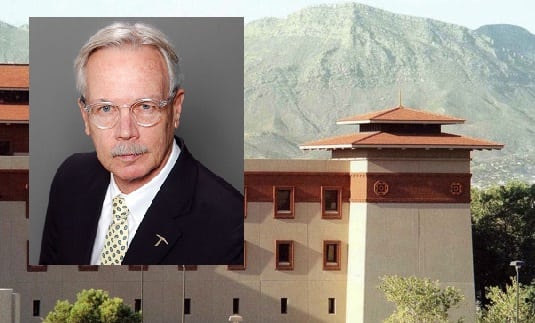 The IFSW is an international body that incorporates 84 national social work organizations representing over half a million social workers globally.

The Human Rights Commission is the division of IFSW that coordinates human rights advocacy and education. It is composed of a global commissioner and regional commissioners.

Lusk was selected to serve on the commission based on his work on behalf of migrants and refugees from Latin America over the past decade.

In 2018, Lusk worked with the National Association of Social Workers (NASW) and the Texas Chapter of NASW to mobilize more than 200 licensed social work therapists to assist migrants and refugees who are in detention or under federal supervision.

In August 2018, Lusk, whose research focuses on trauma and resilience among refugees from Mexico and Central America, offered his perspective on immigrant family separations in a story titled, “Texas Social Workers Act Against the Separation of Immigrant Families,” on the IFSW website.

Lusk, a Provost’s Faculty Fellow for the UTEP Center for Civic Engagement, joined the UTEP faculty in 2007. He previously served as associate provost for international affairs at the University of Georgia. Lusk is fluent in Spanish and Portuguese.

He spent two decades in South America and was a Fulbright senior scholar at the Universidad Católica del Peru in Lima and the Pontificia Universidade Católica do Rio de Janeiro in Brazil.

Lusk has served as principal investigator or co-principal investigator on several grants from state and federal agencies and private foundations, including the National Institute on Minority Health and Health Disparities, the Hogg Foundation for Mental Health, the Texas Department of Family and Protective Services, and the Programa de Investigación en Migración y Salud (PIMSA).

Tags: miners The University of Texas at El Paso utep