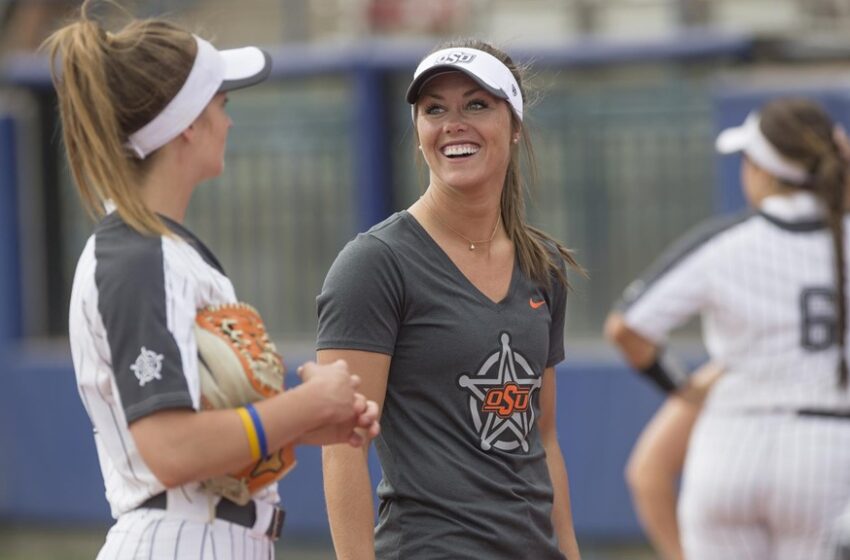 UTEP softball head coach Tobin Echo-Hawk announced the addition of Alex Jones to the coaching staff on Friday. Jones previously served as a volunteer assistant coach at Oklahoma State in 2018, while she was a standout performer at Kansas from 2010 to 2014.

Jones will assist in all aspects of the program, with the emphasis on the pitching staff.

“We are extremely excited to add Alex Jones to our staff,” sixth-year UTEP head coach Tobin Echo-Hawk said. “She is a well-rounded coach who brings a ton of energy and passion to the program. She has the ability to help our student-athletes grow and develop.”

Jones’s primary focus this past season was working with the Cowgirls’ outfielders and slappers. She was one of the main arms throwing full pitches during batting practice, while also expanding her coaching experience in the bullpen under OSU pitching coach, Jeff Cottrill, who led and oversaw the progress of the staff during the season.

“I feel unbelievably blessed to have the opportunity to continue coaching at UTEP.” Jones said. “After meeting coach Echo-Hawk in Arizona at a tournament back in February with my fiancé, Remington (Rebstock), who was already coaching for UTEP football, I remember thinking how perfect it would be if we could both coach in areas we loved at the same university. When the assistant coaching position became available at the end of season, it was a no-brainer that I was going to go for it. After visiting campus and spending time with the staff and a few of the players, I realized it was an even better situation than I had even imagined. What I thought was just a dream a several months ago is now a reality, and I can’t wait to get started.”

A few facts about Jones are she was teammates with former Miner softball player, Colleen Hohman, at Kansas during the 2012 season and her fiancé, Remington Rebstock, is the cornerbacks coach for the UTEP football team.  Also, Jones is a native of Enid, Okla., which was the home of legendary Hall of Fame UTEP basketball coach Don Haskins.