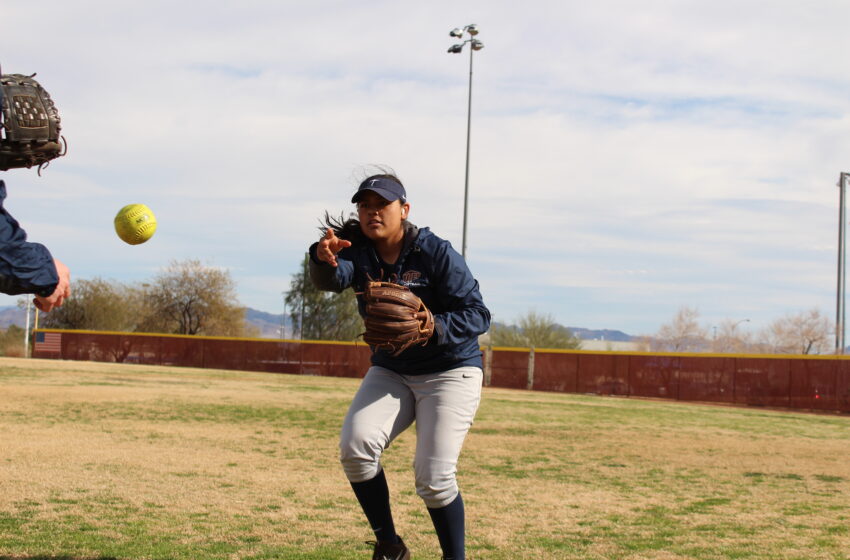 Freshman Kasey Flores had yet another stellar outing this weekend. She hit .600 with a .692 on base percentage and two home runs with five RBIs. Kacey Duffield is also hitting the cover off of the ball with an identical batting average and on-base percentage to Flores while adding 21 putouts for the weekend.

Ilena Santos showed off what she can do in the batter’s box with a homer and five RBIs, while hitting .455 in Vegas.

Freshman Nadya Orozco received the first start of her career in the circle versus UC Davis. Both teams were locked up, 0-0, after the first inning of play.

The Aggies took the early lead, 3-0, after the second frame was completed. UTEP would respond as Pate Cathey batted in Flores on a fielder’s choice for the first RBI of her career, cutting into the Aggie advantage, 3-1.

In the bottom of the fourth inning UC Davis poured on the offense, scoring 12 runs to take a lead that would not be relinquished, 15-1.

The top of the fifth inning marked another first for Cathey as she recorded the first hit of her career, and once again scoring Flores.

UTEP fell behind early, 2-0, after the opening half inning from the Cougars. The Miners would step up to the plate with a leadoff dinger from Flores.

Cortney Smith followed up with a walk and then Duffield advanced the fellow senior to third off of a double to right center field. Santos came to the plate with home run intentions as she blasted the first long ball of her sophomore season over the fence, scoring three more runs and giving the lead to UTEP, 4-2.

However, BYU showed off their bats the rest of the game as they scored 17 more runs to close the door on the Miners.

> Pate Cathey recorded the first RBIs and hit of her career

>> Sky Estrada registered the first hit of her career