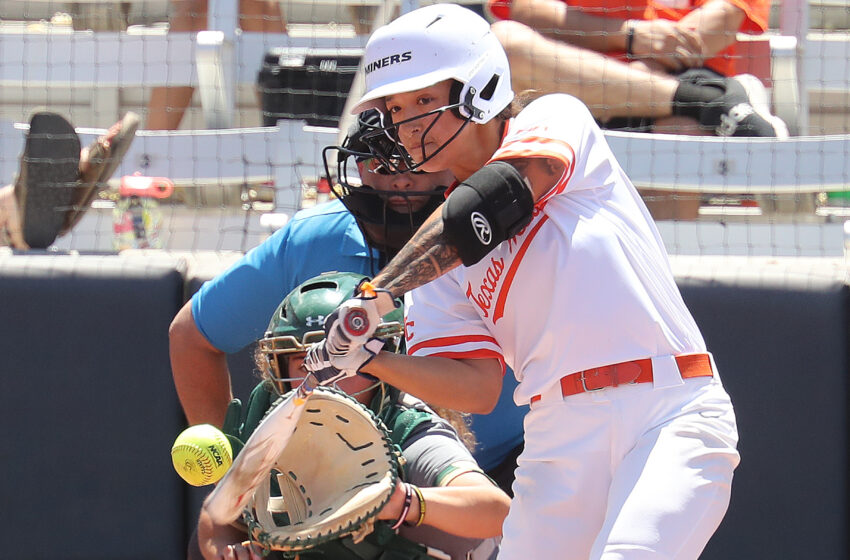 The Blazers put up a grand slam and an RBI single to start the game, 5-0.

Anna Sample answered with a three-run bomber in the home first to close the deficit, 5-3, plating Marijn Crouwel and Ajia Richard. Crouwel got a base hit off a single to center field and Richard reached base on a fielder’s choice earlier in the inning.

UAB repeated their first inning efforts in the second frame to take a 10-3 lead.

With runners at the corners, UTEP’s Lexi Morales posted an RBI single in the bottom of the second bringing Ashlynn Allen home after she had a lead-off single to left field for a 10-4 score.

The Blazers racked up eight runs on five hits in the fourth to extend the lead 18-4.

UTEP’s rally in the fourth was a little too late as UAB only allowed three runs. Cheyenne Stark took over first by hit by pitch to lead off for UTEP. She would then cross the dish thanks to an error by UAB’s second baseman which also forced a pitching change. Back-to-back RBI by Crouwel and Pate Cathey helped the squad close in on the Blazers, but UAB’s defense closed out the inning with a swinging strikeout and a groundout to lock in the 18-7 run-rule win.

ON DECK
UTEP will conclude its three-game series versus UAB Sunday, May 8, at 12 p.m. MT at the Helen of Troy Softball Complex. The contest will be streamed on CUSA.tv, with live stats also available.