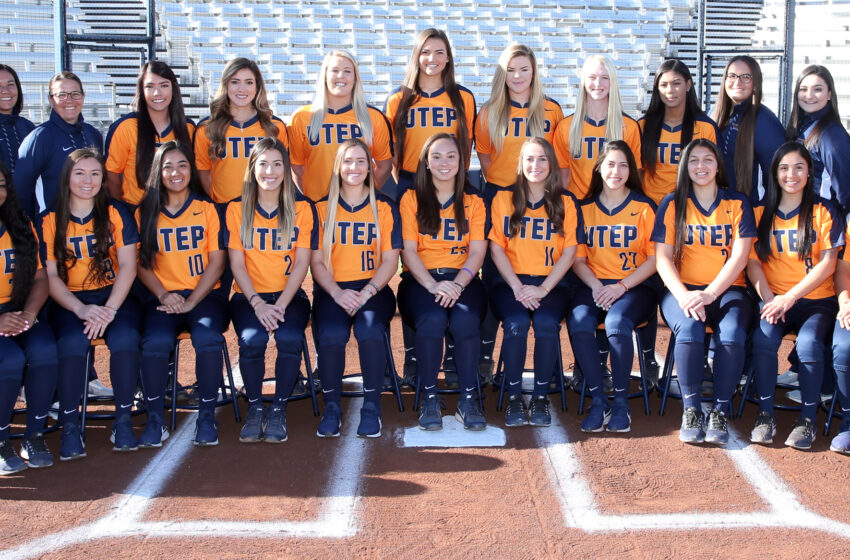 The UTEP softball team will travel west to take part in a five-game slate at the UCR Classic (March 1-3) hosted by UC Riverside in Riverside, California.

The Miners will begin the weekend with two games, battling Cal Baptist and UC Riverside on Friday March 1 (10 a.m. & 12:30 p.m. MT). UTEP will then take on Cal Baptist (10 a.m. MT) in a rematch of the first day’s action on Saturday.

On the final day of the UCR Classic the Miners will take the field against Sacramento State and UC Riverside (10 a.m. & 12:30 p.m. MT) to conclude the western road trip for the Orange and Blue.

UTEP’s Kacey Duffield, Kasey Flores and Cortney Smith combined for 13 home runs, 37 RBI, 47 hits and a .395 batting average in the first three weekends of play for the Orange and Blue. The trio of bats in the Miner lineup have been a problem for opposing pitching staffs.

In the first game of the season versus Creighton (Feb. 8), the three sluggers made their presence known, with Smith and Flores smacking two homers each and Duffield adding another. Smith and Flores are the first pair of teammates to record two home runs in the same game since 2006 when three Miners did it against NM State in 2006 (Amber Bennett, Amber Camancho and Ashley Perez).

Flores (.826), Smith (.744) and Duffield (.735) rank second, fourth and sixth in slugging percentage for Conference USA, respectively. The long ball will be a major weapon for the Miners as the season progresses.

Junior Brittany Galvez leads the Lancers in hits (11), home runs (three) and RBIs (four). Cal Baptist is currently on a five-game losing streak after a tournament at Pacific University. Keyelle Springstead leads the pitching staff in strikeouts (29) and innings pitched (42.0). The Lancers have given up 86 hits in 71.1 innings pitched this season.

UC Riverside defeated the Miners the last time the two met, 6-5, in eight innings during the 2017 campaign. The Highlanders have dropped nine of their last 10 contests. Danielle Ortega has been a get on-base machine this season. She is leading the team in hits (15), total bases (20) and walks (seven). The pitching staff currently posts an 8.55 ERA, while allowing a .341 opponent batting average.

Sacramento State bested UTEP in their previous meeting, 3-2, on opening day of the 2013 season. The Hornets are currently on a three-game winning streak, having defeated Loyola Marymount three consecutive games. Sacramento State boasts three players who have double-digit RBI totals.

Leading the way is Mo Speith, who has 13 hits, three home runs, 13 RBIs and a .476 on-base percentage. Savanna Corr is the main pitcher for the Hornets, as she leads the team in innings pitched (42.2), victories (four) and strikeouts (30).

This improvement has been in large part due to the coaching of Echo-Hawk and assistant coach Cristina Cobb-Adams who were both standout infielders in college at their respective schools (Nebraska and Princeton). With five starters returning to the field, UTEP hopes to continue that trend.

After their western swing, UTEP will make the trek to Lubbock, Texas, to battle Texas Tech in a doubleheader on Tuesday (March 5).