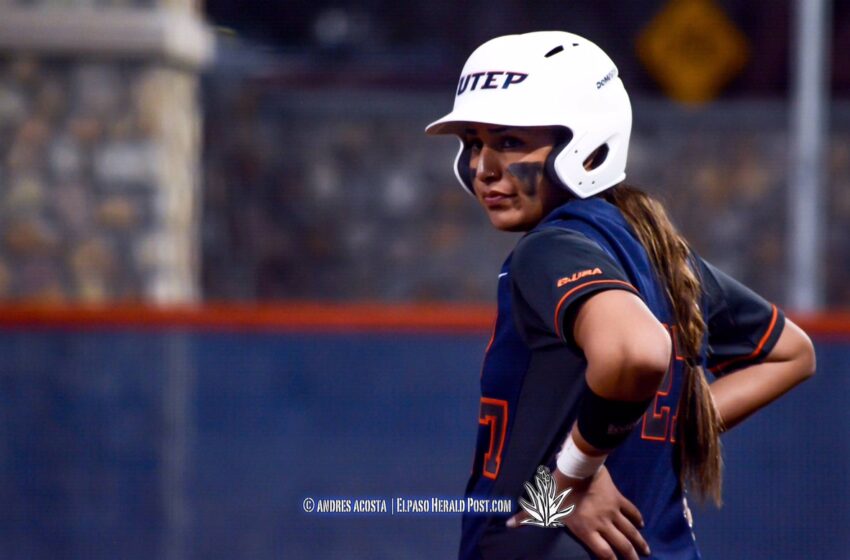 Kiki Pepi connected on a pair of home runs and tallied five RBI, while Courtney Clayton recorded four RBI and a two-run jack in an 11-run second inning, as UTEP dismantled Incarnate Word 13-3 in five frames during the second game on Thursday night at the Helen of Troy Softball Complex.

The Miners lost game one, 4-1, to the Cardinals.

“The first game, I think they had the first-game jitters,” third-year head coach Tobin Echo-Hawk said. “We weren’t our selves and we were tentative. The plate is our strength and we just didn’t take advantage of their mistakes.”

UTEP (1-1) registered 10 hits during the epic second frame, as Linda Garcia also got in on the action with a two-run blast to left field

“The second game we couldn’t ask for a better offensive display,” Echo-Hawk said. “The bats were on fire, and the girls were swinging the bat like they normally do, just having fun and controlling the at bats. When you do that, good things happen.”

Freshman Ariel Blair started the inning with a bunt single (first collegiate hit), setting up Courtney Clayton’s two-run shot over right center. After a Kaitlin Ryder walk, Pepi hit her first home run of 2016, a blast over left. Ryder commenced the scoring in the first inning, as she also connected on a two-run moon shot over left.

Clayton finished with a career-high four hits (4-for-4) and tied her career high in RBI, including a pair off a single up the middle during the second. Pepi recorded a career-best in RBI and home runs in a single game.

Freshman Lindsey Sokoloski recorded her first collegiate hit, a single to left in the second inning.

Clayton hit her first home run of the afternoon during the first game, a solo shot to center field in the sixth inning. On the day, Clayton finished 5-for-7 with four runs scored and five RBI. Ryder finished the two-game set 4-for-5 with a double and two RBI.

Kaitlin Fifield started in the circle in the first game, throwing all seven innings and striking out seven batters. She had one earned run, as the Miners committed three errors.

“Pitching wise, Kailtin (Fifield) threw a really good game, we just didn’t give her run support like we should and the errors didn’t help,” Echo-Hawk said.

UTEP will play at the NM State Invitational on Saturday, Feb. 13, taking on Incarnate Word at 1 p.m. The Miners will then face I-10 rival NM State at 3 p.m. The weekend will conclude with another date against the Aggies on Valentine’s Day at 10:30 a.m.