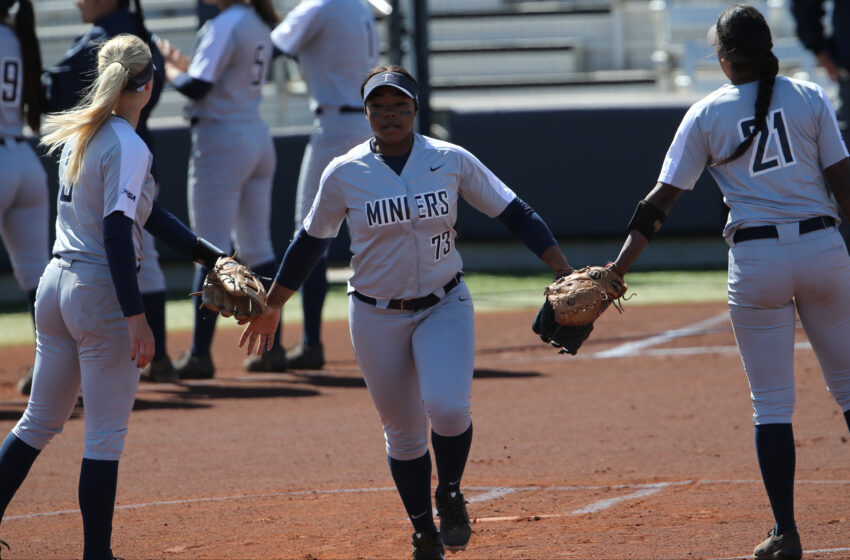 IRVING, Tx – UTEP softball sophomore Pamala Baber was announced as the Conference USA Softball Player of the Week on Monday after posting big numbers during the Miners’ 5-0 weekend.

The Rialto, California native registered a career-high four RBI on a 2-for-2 performance against Idaho State on February 24. Her base-clearing double during the third inning against the Bengals blew the game open as UTEP won 9-0. The game lasted an hour and 10 minutes. Baber followed with a career best in hits on a 3-for-4 outing against Portland State to close out the weekend. Baber blasted a two-run bomb over left to put the Miners ahead 8-4 over PSU after being down 4-1 early in the contest.

For the week (six games), Baber fashioned a 1.000 slugging percentage with a .632 on-base percentage. Baber hit .647 (11-for-17) with eight runs scored, three doubles, a home run, walk, a sac-fly, sac-bunt and only struck out once in five starts in right field. She added four putouts during high winds at Helen of Troy Softball Complex.

The Miners (9-7) will travel across the Pacific to play six games at the Malihini Kipa Aloha Tournament March 1-4. UTEP will take on host Hawai’i (March 3 & 4), Cal and Longwood (March 1), James Madison (March 2) and East Carolina (March 4).