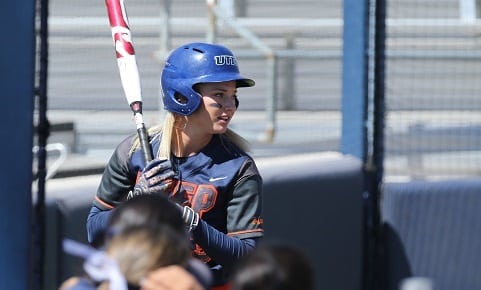 Clayton amassed 84.5 hours of community service during the 2017-18 athletic season. The Cornelius, Or., native used much of her free time at the Animal Rescue League of El Paso, while also donating her attention to the Special Olympics of El Paso and Texas.

In the classroom, Clayton graduated with a 3.87 GPA with a degree in health promotion and a minor in nutrition. Clayton was named to the C-USA All-Academic team for the third straight season, while also making the C-USA Commissioner’s Honor Roll all four years and being honored as a C-USA Academic Medalist.

On the field, Clayton led C-USA with a .413 batting average – the first Miner to do so since 2012. Clayton racked up 71 hits, ranking third in the league, while her 35 knocks in league only games ranked first in C-USA.

Clayton concluded her career starting in all 210 games during her four-year career.

The award is given to the student-athlete who donate their time in the community, have a high academic standing and excel in their respective sports.