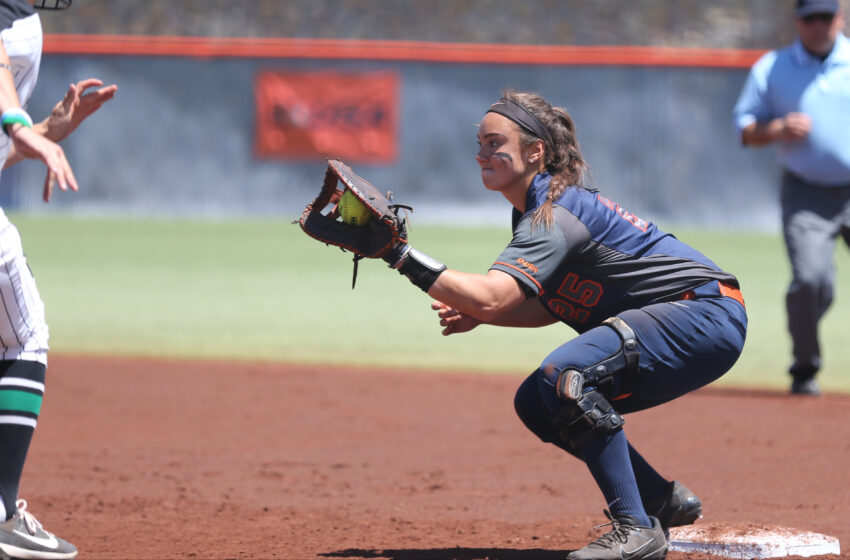 IRVING, Tx – UTEP starting first baseman Kacey Duffield helped the Miners power past North Texas during a series sweep. For her weekend performance, the junior was named the Conference USA Softball Player of the Week on Monday.

Duffield started the weekend with a 2-for-4 performance that included a two-run single during the third of game one. Duffield stole a base and scored a run during the fourth frame. She added seven putouts in the first contest. Duffield’s bat stayed for game two, as she registered a career-high four RBI.

She also connected on a two-run home run in the second inning of game two, while adding a two-run double in the fourth frame. Duffield drew a walk in the third and scored a run.

In game three, the Miners had to rally to beat UNT, as Duffield hit a solo home run – her fifth of the season and second of the weekend – during the fourth to get within a run. Duffield also doubled in the second.

It’s also the first time since the 2015 season that multiple Miners earned the prestigious honor.