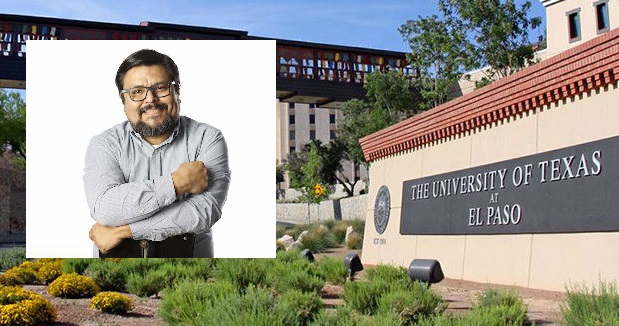 Jaime Mendez, Ed.D., director of the Student Support Services Program at The University of Texas at El Paso, was named president-elect of NODA – Association for Orientation, Transition, and Retention in Higher Education, in November 2020. Photo: JR Hernandez / UTEP Communications

Jaime Mendez, Ed.D., director of the Student Support Services Program at The University of Texas at El Paso, was named president-elect of NODA, the Association for Orientation, Transition, and Retention in Higher Education, in November 2020.

NODA is committed to providing education, leadership and professional development in the fields of college student orientation, transition, retention and the advancement of research and scholarly knowledge.

“I am both honored and excited to take on this leadership role with NODA,” said Mendez, who acknowledged the influence of the abundant resources and collaborations initiated through his NODA membership on the programs he has led at UTEP. “I look forward to enhancing programs aimed at UTEP’s student demographic through my future interactions as the leader of the NODA Executive Leadership Team, with OTR professionals from diverse institutions of higher education across the country.”

Mendez will serve on the executive committee for three years, including a one-year term as the president-elect, one year as president, and one year as past president. He relishes the opportunity to represent the orientation, transition and retention areas of UTEP on a national level.

Joyce Holl, executive director of NODA, recognized Mendez as a longstanding figure of the association who is representative of its core beliefs.

“I am thrilled that the NODA membership elected Dr. Jaime Mendez as the next NODA president-elect,” Holl said. “Dr. Mendez has been an instrumental leader in NODA throughout his membership (over 20 years of involvement) and has shown a true passion for the association. I am honored to be able work with him during his presidential term as we strive to be the premiere association for orientation, transition and retention.”