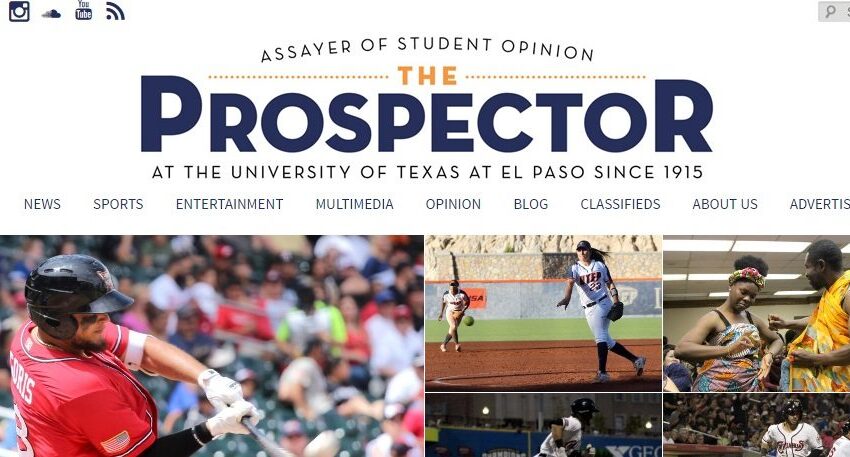 Students from The University of Texas at El Paso attended the 2017 Texas Intercollegiate Press Association (TIPA) conference in Dallas, Texas on March 30- April 1 and brought home multiple accolades for their work on The Prospector student newspaper and Minero Magazine, UTEP’s biennial student magazine.

“The students competed in Division 2 against their peers in other Texas colleges and universities that publish a newspaper once per week,” Kathleen Flores, director of UTEP’s Student Media and Publications, said. “The fact that they came in second in overall excellence in their division is the award they are the most proud about. The number of awards won speaks to the dedication, talent and resourcefulness of the students who work daily in student media.”

“I am very proud of our students for the statewide recognition they have received for all of the hard work and creativity that goes into publishing the news, stories and images that inform the student community,” Flores said.

In the category of Newspaper Division 2, The Prospector students received the following awards:

·      Second place for overall excellence to the Prospector staff