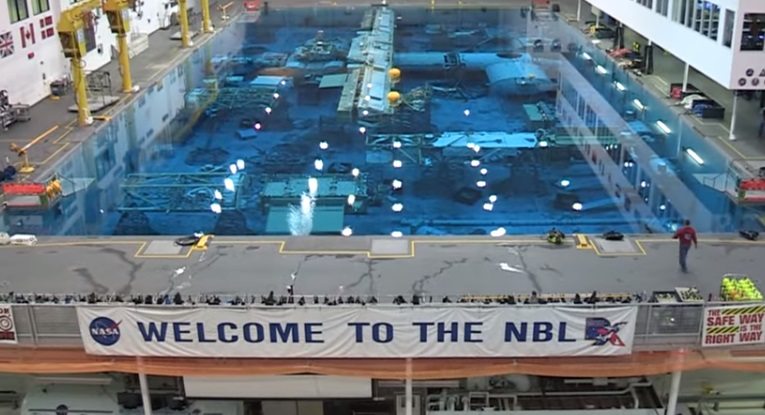 A team of UTEP students has been selected by NASA to test the tools they designed to solve challenges related to deep space exploration at Johnson Space Center in Houston.

The team of undergraduate students is one of 25 advancing to the testing phase in NASA’s Micro-g Neutral Buoyancy Experiment Design Teams – Micro-g NExT – activity. They have spent the past semester building their prototypes and preparing for the test, which will take place in NASA’s Neutral Buoyancy Laboratory (NBL), a 40-foot deep pool where astronauts train for spacewalks.

“Our participation in such programs demonstrates what a strong mechanical engineering program we have,” said Evgeny Shafirovich, Ph.D., associate professor and faculty adviser for the UTEP team.

This is the eighth UTEP team in five years that has been selected for participation in NASA’s microgravity experiment program.

“This time our students will be testing their hardware for asteroid sample collection,” Shafirovich said. “This project exposes our students to NASA’s work environment and prepares them for their future engineering careers.”

The tools designed for Micro-g NExT address an authentic, current space exploration problem: sample collection for NASA’s Asteroid Redirect Mission, in which humans will visit a portion of an asteroid that will be brought into lunar orbit.

Upon successful testing, student-designed tools have the possibility of being used by the astronauts for future training as NASA prepares for the mission. The UTEP Space Miners team has created a rock chip sampling device that will create and contain chip samples during the said Asteroid Redirect Missions. The device is a modified air hammer that uses a push-to-open canister and iris mechanism (a circular component that spirals open and closed) specially designed to contain chip samples.

During the team’s stay at Johnson Space Center May 23-26, they will participate in a series of workshops, design review and testing sessions.

The Space Miners’ Micro-g project is supported by the UTEP Department of Mechanical Engineering and its NASA MIRO Center for Space Exploration and Technology Research (cSETR).