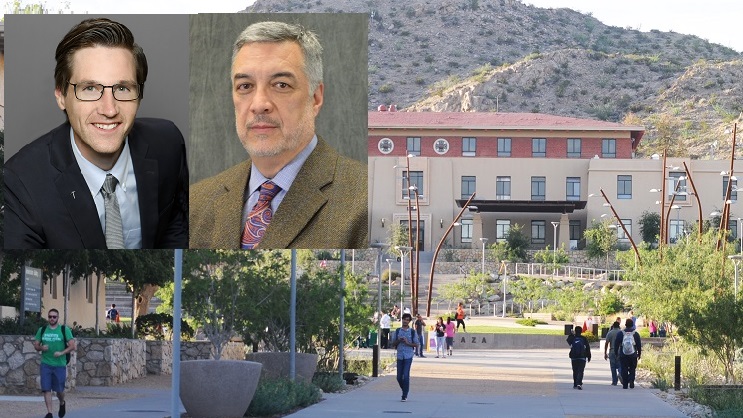 Open enrollment policies in the El Paso Independent School District (EPISD) are not causing greater student segregation by race/ethnicity or poverty, according to a new study by The University of Texas at El Paso’s Center for Education Research and Policy Studies (CERPS).

However the authors caution that these school choice policies are relatively new and could introduce inequities if district administrators do not monitor student enrollment and transfer patterns.

Several current and former faculty members from UTEP’s College of Education co-authored the article, titled “On Becoming a District of Choice: Implications for Equity Along the United States-Mexico Border” in the journal Educational Administration Quarterly (EAQ).

Knight said the paper, which was based on interview data with 12 school principals and demographic and school-level transfer data over a seven-year period, studies how student segregation changed in EPISD after district leaders expanded open enrollment policies.

The study also examines how those school choice policies affect the role of the principal and how principals behave within a relatively unregulated open enrollment policy environment.

The researchers were interested in principals’ roles in student recruitment and screening, as well as their selection of specialized programs.

The UTEP director said the paper’s findings show some clear “winners” who attracted a large number of transfer students to their campuses, while other campuses struggled to overcome negative perceptions that affected their enrollment numbers.

However, the study showed that district oversight helped prevent any worsening levels of segregation due to open enrollment. The authors also suggested more formal transfer regulations could help in that regard.

To read “On Becoming a District of Choice: Implications for Equity Along the United States-Mexico Border” click here