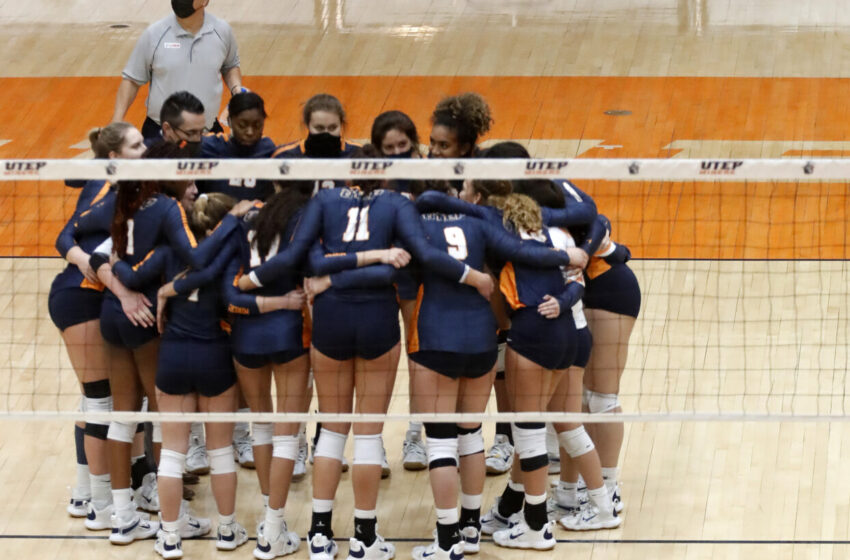 UTEP will take aim at becoming tournament champions of the Bengal Invite when it locks up with host Idaho State at 7:30 p.m. MT tonight (Saturday, Aug. 28). T

here will be live stats for the match and there will also be a live stream on ESPN+ for the contest against the Bengals.

“We hit it well, we dug it well, we passed it like we were capable of, which is good,” UTEP head coach Ben Wallis said. “Idaho State does some good stuff so we will have to be better tonight. It’ll be on ESPN+ at the same time as the football game so hopefully Miner fans will cheer us on, and we both will get a victory.”

It was a balanced attack against Seattle U, with five different players (Serena Patterson-10, Alianza Darley- eight, Vittoria Price-eight, Ema Uskokovic-seven and Ava Palm-five) recording at least five kills. Price hit .889, Darley checked in at .800 and Patterson at .438. The Orange and Blue recorded five blocks, including three from Price.

“We’re still not blocking it the way I’d like, but that’s going to come with some time,” Wallis said. “We were really good offensively. We were more physical and still pretty balanced to be able to get almost five players with 10 swings each.”

Kristin Fritsche showed off her all-around game by leading the team in both assists (18) and digs (10) for her first double-double this season. Hande Yetis was credited with eight assists before going down with an injury. Freshman Ryley Frye stepped in to allow UTEP to continue with its 6-2 system, pitching in six assists and one dig in her collegiate debut.

“Ryley was able to hop in there and operate at a pretty high level was pretty exciting for her,” Wallis said. “It was her first college volleyball experience. She served it tough and was able to and make some plays.”

Alyssa Sianez added seven digs for the Miners, who finished with 33 in the match. Additionally, UTEP had seven service aces, with two each from Fritsche and Palm.

Seattle University really struggled offensively by hitting .065, which was affected by 17 attack errors. Fifteen different Miners got into the match.

“Our whole lineup is playing and because we’re good enough to get everybody in to play,” Wallis said. “It’s giving us more flexibility.”

The two sides traded points early on in the first set, and it was knotted up, 4-4, before UTEP kicked it into gear. The Miners scored six of the next seven points to lead, 10-5, and force the Redhawks to call timeout. It didn’t slow UTEP’s momentum, which used a 10-3 surge to extend the margin out to 20-8. The Miners put it on cruise control down the stretch, taking the opening set, 25-13.

UTEP hit .321 in the set, while holding Seattle U to -.115. The Miners racked up 14 kills, including four by Patterson and three from both Uskokovic and Price.

It was tightly contested from the onset of the second set, with UTEP clinging to a 9-8 advantage. The Orange and Blue started to heat up, ripping off a 10-5 run to find some breathing room at 19-13. The Redhawks tried to get back into it, trimming the margin to three (20-17) before the Miners closed out the set in style for the 25-19 win.

Five straight points out of the gates set the tone for the Miners in the third set. Seattle cut it to 7-4, but UTEP didn’t let the Redhawks get any closer the rest of the way. The Orange and Blue outscored them, 18-9, the rest of the way to put away the set and secure the match sweep in the process.