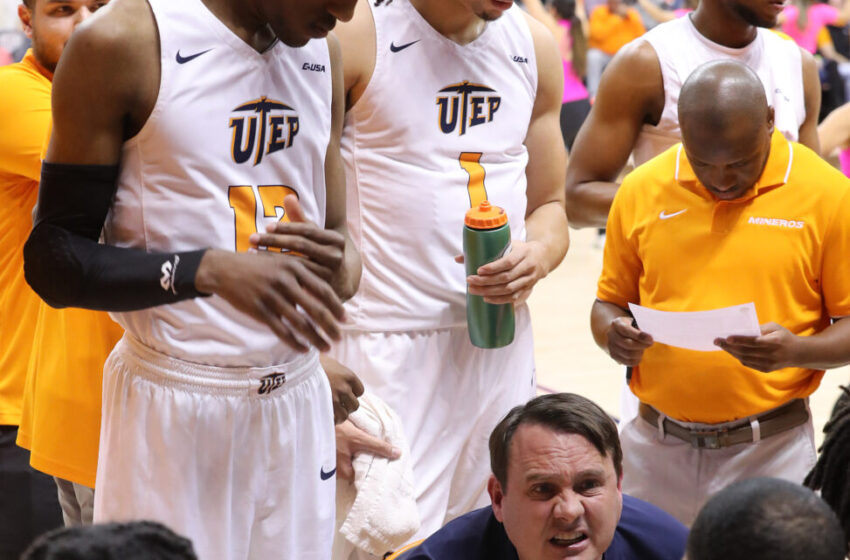 Bieniemy’s 36 points are the most by a Miner since Randy Culpepper poured in 45 points on Feb. 13, 2010, against East Carolina. He added seven rebounds and four assists to lead the squad in the three major stat categories across the board for the second time this season.

The six-game winning streak is the longest in league action since 2014, and the record of 7-3 within league play is the best in seven years. UTEP also moves to 5-4 on the road, matching the most such triumphs since 2017.

“What a college basketball game, just two good teams going at each other here in February,” UTEP head coach Joe Golding said. “Road wins are hard to come by. These guys have found a way this year to keep battling through some adversity. Just credit to our guys, obviously JB (Jamal Bieniemy) was special.

“At the end of the day JB just went and made plays,” Golding said. “He hit some tough shots and that’s what great players do. I’m just so proud of these guys and am just happy for them.”

Verhoeven reached double figures for the third consecutive contest for the first time this year. Hollins has accomplished the feat in consecutive game.

Bieniemy started it with an offensive putback before Souley Boum drilled a triple in transition off a Rice turnover. After another stop Hollins drove in for a lay-up.

The Miners then forced another turnover where Bieniemy cleaned up the glass again on a missed shot, prompting a 30-second timeout from Rice.

It didn’t slow the Orange and Blue down, with yet another Rice turnover leading to a Hollins triple to cap the surge. UTEP was still up by (22-14) with 7:02 to play in the period before the home side closed the stanza out on a 14-6 push to hold a two-point edge (30-28) heading into halftime.

After Rice went back out by three (47-44), Hollins scored to make it a one-point affair. The Owls answered immediately with a pair of free throws before back-to-back treys from Bieniemy put the Miners ahead (52-49, 9:43 2H)

The contest was knotted at 56 before Bieniemy scored 12 points down the stretch to help hold off the Owls, including baskets on three straight trips. He then fittingly iced the contest with a free throw to make it a four-point lead (72-68) with three seconds left, rendering Rice’s lay-up at the buzzer moot.

UTEP will put its six-game winning streak on the line with a rescheduled game at North Texas at 6 p.m. MT/7 p.m. CT on Monday (Feb. 7).  Jon Teicher (41st year) will be on the call for, which can be followed on the “Home of UTEP Basketball” 600 ESPN El Paso, the UTEP Miners App and ESPN+.