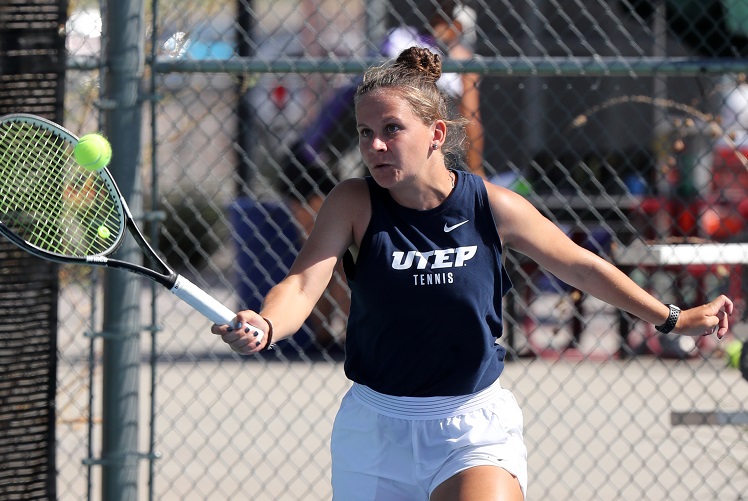 “I’m very proud of them for playing so well in their first tournament together. In singles, Eve and Lina (Sachica) tied for third place in their flight. Vero (Lebisova) finished third in hers as well today. Overall, it was a great learning experience playing against some really tough competition. I’m proud of the team as we continue to improve with every match and tournament.”

Daniels and Dibattista, who had won two matches in as many days, went down swinging in the championship match to the pairing of Rozalina Youseva and Irena Muradyan (SJSU), 6-4, securing second place in the Black Bracket in the process. Daniels and Sachica shared third place in the Gray Bracket, while Lebisova knocked off Victoria Santibanez Luna (CSUN), 6-4, 7-6, to clinch third place in the Gold Bracket.

In doubles, Abrahim and Lebisova were clipped by Magdalena Hedrzak and Sasha Turchak (CSUN), 7-6. Percegona and Sachica were dispatched by Zuzanna Szczepanska and Arina Babkova (LBSU), 6-4.

UTEP will return to action at the prestigious ITA Mountain Regionals from Oct. 13-17 in Las Vegas, Nev.