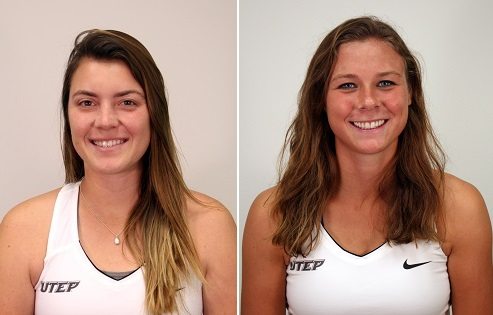 For the first time since March 4, the Miners will have six players at their disposal. The team has been besieged by injuries and has played its last three matches with only four players.

It will also mark the last time seniors Daphne Visscher and Duda Santos, who will return from an injury, will play in front of their home crowd. The two will be honored before the event.

Defending their court alongside Visscher and Santos will be Milou Pietersz, Raven Bennett, Lois Wagenvoort and Maria Paula Medina.

Last Sunday, the Miners fell 4-0 to UTSA in the only Conference USA match of the season, but not easily. Bennett and Visscher were leading the Roadrunners’ Sonia Medina Madronal and Denisa Ibrahimovic 5-3 before their match was called and left unfinished.

Pietersz battled with the Intercollegiate Tennis Association’s No. 99 ranked singles player in Miriam Rosell but fell short 6-1, 6-4. Wagenvoort was leading UTSA’s Charleen Tiwari 6-2, 4-3 before the match was called and Maria Paula Medina, who returned after being cleared from a concussion, took the first set from Linda Hallgren 6-3 and was playing in a 2-all set on court four before the match was called.

The Aggies boast the reigning Western Athletic Conference Player of the Week in freshman Rebecca Keijzerwaard, who went 3-0 last week in NM State’s non-conference action against Western New Mexico and UTSA. Keijzerwaard has a team-best 4-2 record in dual action and teams up with fellow freshman Vanessa Valdez at the No. 1 spot in doubles. The duo has recorded a 5-2 record.