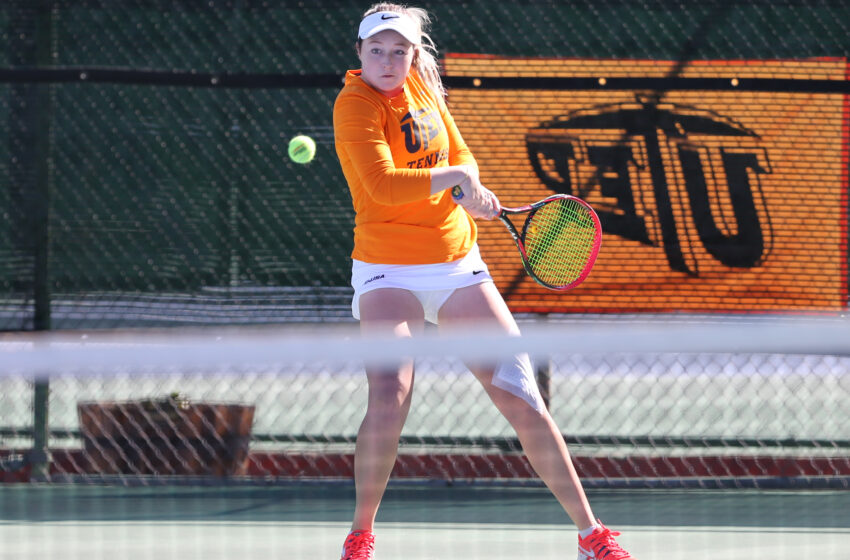 DENTON, Texas – The UTEP tennis team fell at fellow Conference USA foe North Texas, 4-0, in a match that was shortened to singles play and moved indoors due to inclement weather on Saturday.

The match was slated to begin at 11 a.m. MT but was delayed until 4 p.m. MT and moved indoors due to the weather. Due to a time crunch, the doubles portion of the match was cancelled. The homestanding Mean Green picked up victories at No. 1, No. 2, No. 5 and No. 6 to clinch the outcome against the Miners (1-2). The match-ups at No. 2 and No. 3 singles were halted.

“We lost 4-0, but competed super well under tough conditions,” UTEP head coach Ivan Fernandez said. “I’m very proud of the girls, and how they competed against one of the top teams in C-USA. It was great to experience where we want to be in a couple of years.”

Freshman Kirsten Prelle battled but fell, 6-4, 6-2 at No. 1 singles to Tamuna Kutubidze. Transfer Vanessa Valdez was upended, 6-1, 6-3, against Maria Kononova at No. 2 singles.

Senior Yvette Van Oijen was knocked off, 6-1, 6-3, by Ivana Babic at No. 6 singles. Freshman Rine Nozaki was dispatched by Minying Liang, at No. 5 singles.

UTEP will continue the stretch of having five straight matches outside of El Paso when it ventures to Las Vegas for three matches in as many days from Feb. 8-10. The Miners will lock up with Weber State (Feb. 8), at UNLV (Feb. 9) and against Youngstown State (Feb. 10).