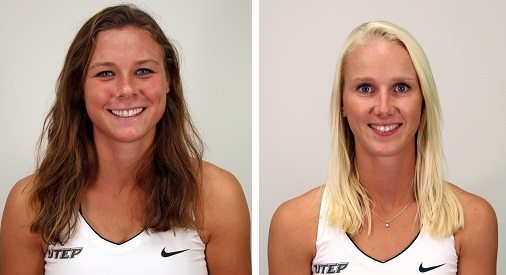 The team, along with senior Lois Wagenvoort and fifth-year Daphne Vissher were among the 720 teams and 3,908 student-athletes across all five divisions of college tennis honored.

“I am extremely proud of the team for once again being named to the ITA All-Academic Team as well as having individual scholar athletes led by returning senior, Lois Wagenvoort,” head coach Ivan Fernandez said. “Academic success is something that is extremely important to not only me as a coach but to the entire Athletic Department here at UTEP. I want to thank the staff at the Miner Athlete Academic Center (MAAC) for a tremendous Academic Support Program that allows the student athletes to succeed in the classroom while excelling on the court as well.”

The Miners earned team recognition by having a cumulative team GPA of 3.66 on the year and returning student-athletes Lois Wagenvoort and Daphne Visscher held a grade point average of 3.50 for the current academic year to secure the Scholar Athlete title.

The squad was also awarded the Athletic Director’s Academic Award for its outstanding GPA at the 43nd annual Dinner with the Miners in May.