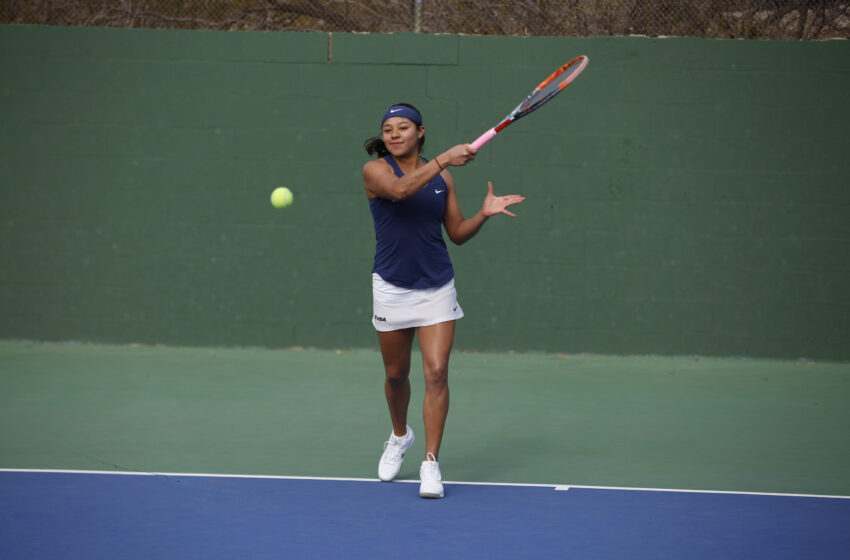 Sophomores Erandi Martinez and Milena Baigorria as well as newcomers Kirsten Prelle and Vanessa Valdez will represent the UTEP tennis team in its opening tournament of the fall campaign by partaking in the Midland Racquet Club Intercollegiate Invitational Friday through Sunday.

UTEP will be competing alongside the likes of Penn State, Texas Tech, Arizona, Utah State, UT Arlington, UAB, Abilene Christian and Tyler Jr. College. It will be the first of five fall tournaments for the Miners, who will also take part in the NM State Aggie Invite (Sept. 21-23), the San Diego State University Invitational (Sept. 28-30), the ITA Mountain Regional Tournament (Oct. 10-14) and the GCU Invitational (Nov. 2-4).

“I am very excited to have the opportunity to take four players to this tournament that has a longstanding history of great participants,” UTEP head coach Ivan Fernandez said. “Erandi Martinez, Vanessa Valdez, Kirsten Prelle and Milena Baigorria will be making the trip with me and will be making the trip with me. It is great to finally get to see them compete after a couple of weeks of practice.

“The team has been working very hard to prepare for this tournament. I am looking forward to watching them compete against players from these established programs. This will give us a good idea of how we compare to them and how much more we need to work to build the successful UTEP tennis program that we aspire to be.”

Martinez paced the Miners in 2017-18 with a 20-10 overall singles record in her collegiate debut year, playing primarily the No. 3 position. Baigorria posted five total wins last year, including coming on strong in the spring by going 4-1 in dual-match play.

Valdez is a transfer from NM State, who thrived under Fernandez during the 2016-17 season. She was a first-team All-WAC performer after pacing the Aggies in singles victories (16). She will have two years of eligibility with the Orange and Blue.