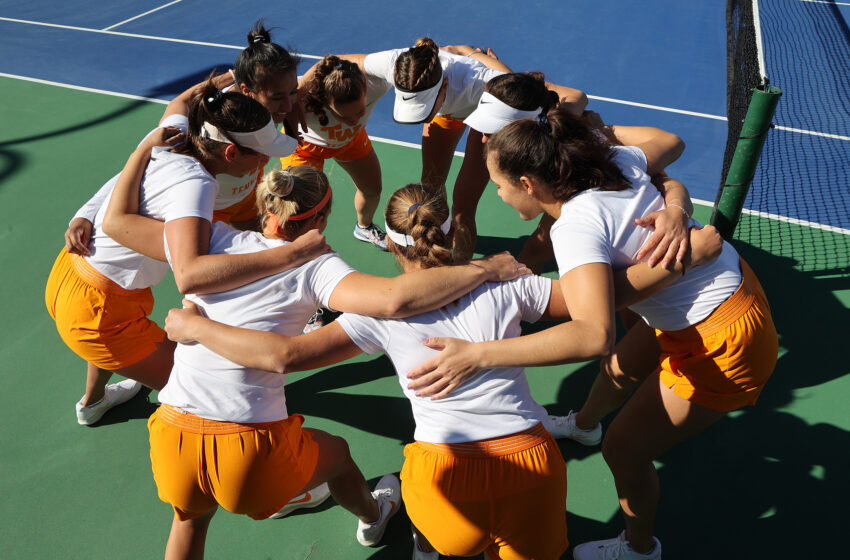 It marks the fourth win in the past five matches for the Miners (6-9) and their most notable on the year given that the Vaqueros (10-6) entered the contest with 10 triumphs.

“We got off to a fighting start by getting the doubles point,” head coach Ivan Fernandez said. “Tuca/Vero won quickly at No. 1. Two and three were extremely close, but we got both as well. We played very solid in singles. I’m very proud of how hard we fought as a team today to get the win we needed.”

The Miners demonstrated it was locked in early on by claiming all three matches in doubles play to take the 1-0 lead. Lebisova and Abrahim were nearly flawless in a 6-1 outcome against Marjorie Souza and Stefanie Wilske at No. 1 doubles.

Mencaglia and Eve Daniels grinded out a 7-5 victory Katarina Sasaroga and Isabelle Bahr at No. 2 doubles. Kathleen Percegona and Elena Dibattista derailed Kristyna Mamicova and Sandra Putz, 7-5, at No. 3 doubles to cap off the strong start.

Lebisova only dropped one combined game in a 6-1, 6-0, waxing of Sasaroga at No. 5 singles. Abrahim was on cruise control by taking the first set, 6-1, against Mamicova. She was up 1-0 in the second set before her foe retired at No. 6 singles.

Mencaglia rallied for a 4-6, 6-4, 10-5, victory against Bahr at No. 2 singles. It marked her fifth straight win in singles action and allowed her to finish the weekend a combined 4-0 in singles and doubles play. Lina Sachica dominated Putz, 6-1, 6-1, at No. 3 singles.

The Miners will now be idle until playing host to NM State at 12 p.m. MT on April 10. It will mark the first of three straight matches to close out the regular season in the Sun City.