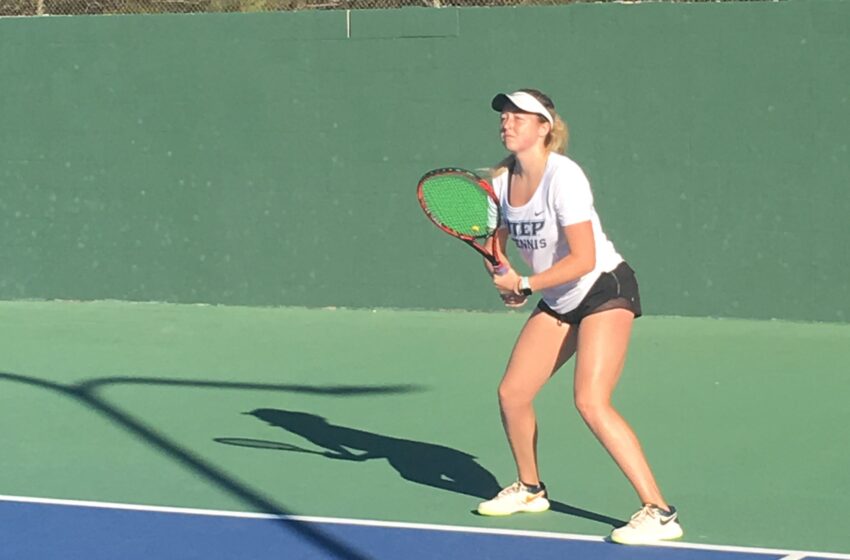 The UTEP tennis team will take part in the NM State Aggie Invite (Friday-Sunday). It marks the second fall tournament for the Miners.

“We are very excited to play in the NM State Aggie Invite this weekend,” UTEP head coach Ivan Fernandez said. “We have worked hard again this week, and look forward to continued improvement after Midland (Racquet Club Intercollegiate Invite). Rine Nozaki will be playing in her first collegiate event. It will be great to see her out there competing.”

Transfer Vanessa Valdez set the tone for the Miners at the season-opening Midland Racquet Club Intercollegiate Invitational (Sept. 14-16). The junior won the consolation championship, and she enters this weekend having posted three consecutive victories.

Freshman Kirsten Prelle had a solid start to her collegiate career, posting a 2-1 record in singles play. She also forged a 1-1 mark in doubles action, playing alongside Valdez.

Sophomore Erandi Martinez finished 1-1 in singles play in the event.

Freshman Rine Nozaki will debut for the Orange and Blue. She was ranked as the second-best player in Okayama, Japan, in 2017.