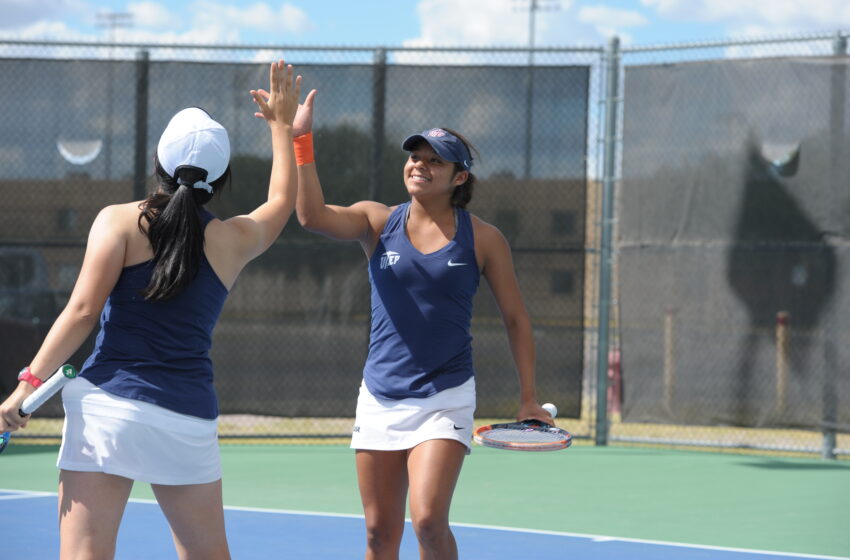 The UTEP tennis team will compete in its third fall tournament in as many weeks when it plays at the San Diego State University Fall Classic from Friday through Sunday.

The tournament will begin at 10 a.m. (MT) each day with two doubles brackets. There will be five brackets of singles play that will immediately follow the doubles competition on all three days of the event.

“We are very excited for this event,” UTEP head coach Ivan Fernandez said. “We have been going for many years, and it is always great competition. Kirsten (Prelle) and Vanessa (Valdez) are coming off a solid weekend at NM State. I am glad to have Milena (Baigorria) back from her injury and am looking forward to having her competing again. Erandi (Martinez) finished last weekend with two good wins. I know she is finding her rhythm again. Rine (Nozaki), who was also impressive last weekend, will pair up with Milena (Baigorria) in doubles this weekend. Our goal to keep improving every week is our main focus for this invite so we can hopefully be in peak form for the ITA Regional Tournament in Las Vegas, Nev., in two weeks.”

Prelle enters the weekend at 5-1 in singles play on the season, which includes four straight wins. She claimed the singles flight title at the NM State Aggie Fall Invite (Sept. 23-25), which allowed her to become the first UTEP freshman to achieve the feat since Rebeca Calvillo also did it in 2010.

Valdez follows with four singles victories. Prelle/Valdez have also teamed up to produce the top mark (4-2) on the squad in doubles play.