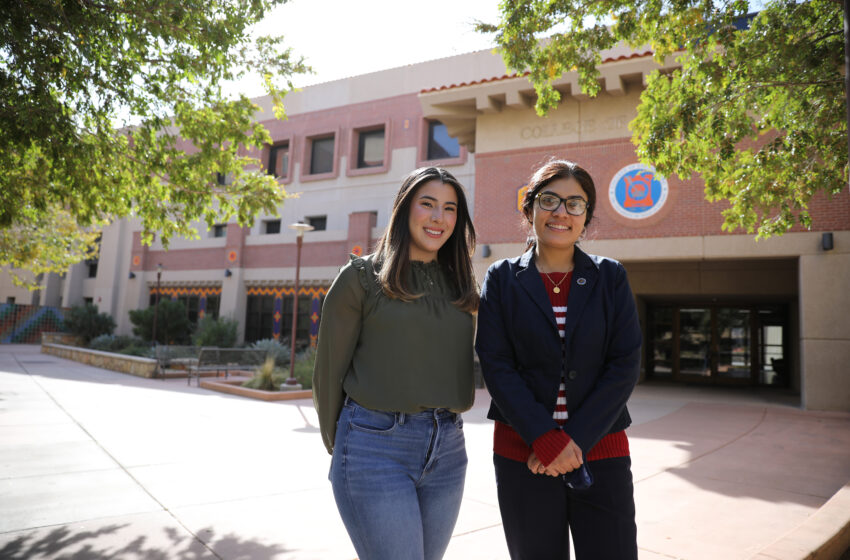 The University of Texas at El Paso’s (UTEP) efforts to reach into space have achieved a critical milestone.

Binata Joddar, Ph.D., associate professor in the Department of Metallurgy, Materials Science and Biomedical Engineering, has completed testing on 3D-printed bio-tissue produced at UTEP that will be integrated into a neural-sensing device and tested in suborbital space flight in spring 2022.

“This work has groundbreaking potential on how we assess the health of human beings while they are in space,” Joddar said. “With our growing emphasis on commercial spaceflight, more experiments will be conducted on the International Space Station and in lower Earth orbit. UTEP is at the forefront of that research.”

Joddar’s work was conducted through a $140,000 grant as part of an overall project awarded to imec USA through NASA’s Space Technology Research, Development, Demonstration and Infusion (REDDI) program.

The grant is one of several awards for Joddar’s 3D-printed bio-tissue research throughout the past year that total nearly $1.4 million.

Through the REDDI program, Joddar along with Andie Padilla, a biomedical engineering doctoral student at UTEP, are working with imec, a world-leading research and innovation hub in nanoelectronics and digital technologies headquartered in Leuven, Belgium. Imec produces the electrophysiology probe that will be inserted in the UTEP bio-tissue when it launches into space next spring.

Joddar said imec USA has been conducting testing throughout the year to maintain a signal between its probe and UTEP’s bio-tissue. Contributing to the testing process is Padilla, who is currently serving an internship at the imec USA lab in Kissimmee, Florida, where she is working directly with imec on the device’s ability to capture electrophysiological readings from the tissue.

The opportunity to work on this project is a welcome challenge for Padilla, who lauded Joddar’s ability to assist her through her first research experience.

“It’s been really challenging, but Dr. Joddar and others have made it easy to keep moving forward,” Padilla said. “I am honored to contribute to a project like this that can have an impact.”

“This is a phenomenal example of UTEP’s contributions to space exploration,” said Patricia A. Nava, interim dean of the College of Engineering. “Dr. Joddar’s work has the potential to solve real-world issues that will usher in the next stage of evolution for human spaceflight.”

For all things from the University of Texas at El Paso, click here; for our previous coverage, click here.