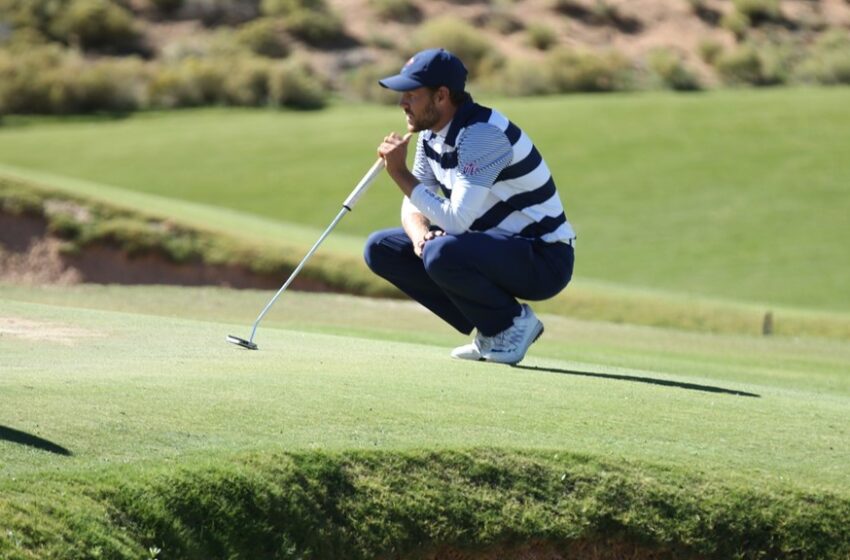 TEXARKANA – Seniors Nicklas Pihl and Charles Corner each finished day one in the top-10 to lift the UTEP men’s golf team to a share of third place out of 13 teams after round one of the 2018 Conference USA Championship on Sunday.

“We’re in fine shape, we’re only one round in, there’s a lot of golf left to play,” head coach Scott Lieberwirth said. “We just have to play our game and clean some things up tomorrow (Monday).”

The Miners are tied with second-seeded Middle Tennessee with 9-over 297, while UAB is leading the field after an even-round of 288 and UTSA is in second place with 8-over 296.

Competition at the Texarkana Country Club (par 72/6,969 yards) will resume Monday, April 23, with the Miners teeing off alongside top-seed North Texas on hole one beginning at 8:40 a.m. CT for the second round of stroke play. The top four finishers in the stroke play portion of the tournament will move on to match play on Wednesday, April 25.

Pihl captains the Miner run after three birdies on the back-nine helped him remain under par for a round of 71 and a share of fourth place out of a pool of 65 competitors. The senior, playing in his fourth conference tournament, only bogeyed twice in the round. Corner slipped into the top-10 after firing 1-over 73 to claim a spot in a seven-way tie for seventh place.

“It was great today for Nick and Charlie [Corner],” Lieberwirth said. “Nick played maybe the best round of golf he’s played here in his four years at Texarkana. It was a very solid round of golf. Charlie got off to a rough start, but fought his way back into it.”

Settavut Paradee made his way into the top-20 after firing 3-over 75 to share a spot in 18th place. Paradee leads the field in pars with 15 after his steady round. Santiago Castilla and Aaron Terrazas both shot 6-over 78 to tie for 46th place. Both picked up a birdie and 11 pars each.

As a unit, the Miners pace the field in pars with 59 and have collected nine birdies.

“It [Texarkana Country Club] didn’t yield much, it’s a tricky golf course that’s set up very well,” Lieberwirth said. “You have to hit greens out here, there was about two inches of rain here last night so some of the areas around the greens were really tight and wet. Bermuda grass is just very difficult to get around.”

The stroke play portion of the tournament will conclude on Tuesday and match play will begin on Wednesday. Live stats for the tournament are available here.