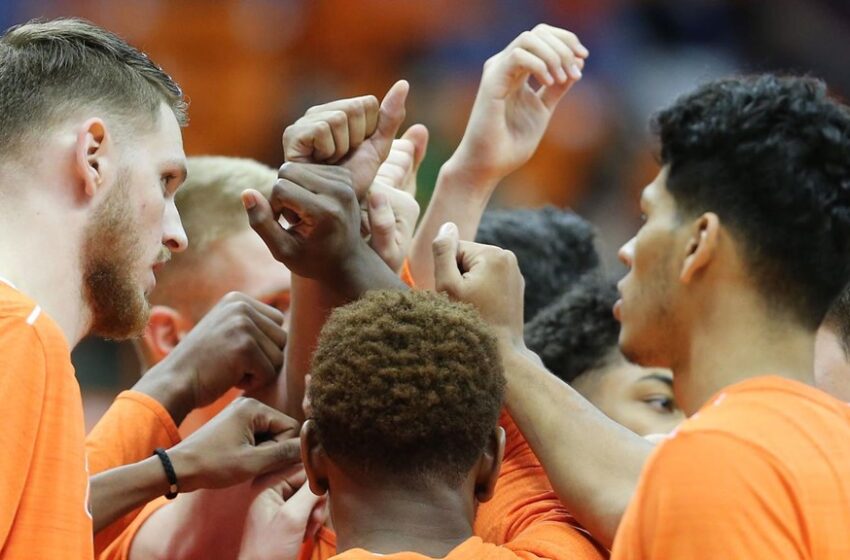 The UTEP men’s basketball team will get the 2017-18 season underway with an exhibition game versus Sul Ross State on Saturday at 1 p.m. in the Don Haskins Center.

“We’re going to look at all of our guys that we’ve brought in,” UTEP coach Tim Floyd said. “We had a chance to do that in the little scrimmage last week. Now we’re going to start trying to integrate against an opponent. We’ll see how the new guys respond to the challenges that the game presents, and doing it with the lights on and the officials. We’re interested in how our two young freshmen guards [Evan Gilyard and Kobe Magee] will play. We’ll play Isiah Osborne some at the point and see how he handles that. He wasn’t recruited to be a point here, but he gives us some versatility.”

Orange outlasted White, 86-85, in the Miners’ annual preseason scrimmage last Saturday. A total of 16 players saw action, and 13 were on the floor for 13+ minutes. Six players scored in double figures, with three topping 20 points (Osborne, Paul Thomas, Trey Wade) as UTEP continued adjusting to life without Kelvin Jones, who quit the team.

“That’s life in college basketball. It’s where it is right now,” Floyd said of Jones’ departure. “We have a young guy in Tirus Smith that will fill the role of Kelvin a year ago. We wouldn’t have brought him here if we didn’t think he was a good player. He’s going to have an expanded role. It will be great for him. We know that he’s going to be a very, very good player before he leaves here. He’s much further ahead from where Paul Thomas was when he came here as a freshman. He’s going to have an expanded opportunity.”

“It’s tough that [Kelvin’s] gone. But I’ve got to look at it as an opportunity for myself to come in and make a contribution to the team,” Smith said. “I’ve been working real hard. Coming in, I knew that conditioning was going to be something that I had to work on the hardest. Coach Floyd came to me and said if I’m going to be successful and make money doing this, I’m going to have to go hard and work and get in shape. That’s what I came back and did. In my extra time, I run. I treat it like a job now. I have to run and take care of my body.”

After the two teams combined for 171 points and shot 54.3 percent (70-for-129) from the field with 18 three-point field goals in the scrimmage, it’s not surprise what the coaches have zeroed in on as the area of focus this week.

“Defense. All defense this week for sure,” Thomas said. “That was the biggest thing we saw on film. Guys getting fatigued, getting used to playing up and down. So we’re just working through the defensive things and executing the offense without turnovers.”