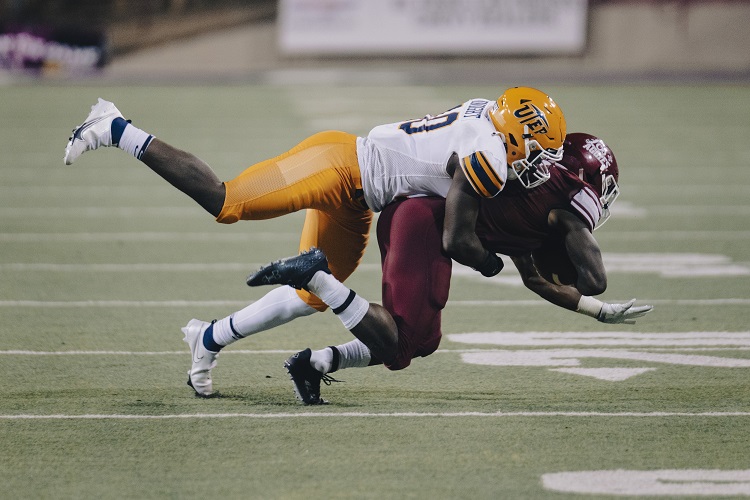 UTEP football will kick off in Sun Bowl Stadium for the first time in 350 days when it hosts Bethune-Cookman in the 2021 home opener on Saturday, September 4 with kickoff set for 7 p.m.

The Miners last played in the Sun Bowl on Sept. 19, 2020. UTEP won its two games in El Paso last year, and is looking for its first three-game winning streak in Sun Bowl Stadium since the 2014 season.

The Miners and Wildcats can be heard on KLAQ 95.5 with “The Voice of the Miners” Jon Teicher calling the action and former UTEP quarterback Mike Perez providing analysis.

“It’s a very difficult preparation for us because [Bethune-Cookman] hasn’t played since the 2019 season. So, we don’t have a great understanding of what they will be doing schematically,” fourth-year UTEP Head Coach Dana Dimel said. “We can go back to its 2019 film, but they had an interesting development. They let their offensive coordinator go, and hired a new one on July 31. Basically, what we’re going to do for this game is go in a play our stuff that we do. We’ll do what we do and react to what we see and play base-sound football on both sides.”

UTEP is coming off a convincing 30-3 victory over I-10 rival NM State on Aug. 28. The Miners’ defense stymied the potent Aggies’ offense, holding them to 190 yards of total offense.

The Miners also registered 4.0 sacks on the night. UTEP gained 452 yards of total offense. Jacob Cowing tallied a career-high 158 yards on five receptions, including a 59-yard touchdown to open the second half. Ronald Awatt rushed for a game-high 74 yards on 11 attempts (6.7 avg.) and a career-long 34-yard score.

Saturday’s contest will mark the first meeting between UTEP and Bethune-Cookman.

Members of the El Paso Association of Contractors will be in attendance and recognized for their efforts in helping to build and enhance the community. The UTEP Spirit Squads will also host youth cheerleaders and dancers who will have a special performance.