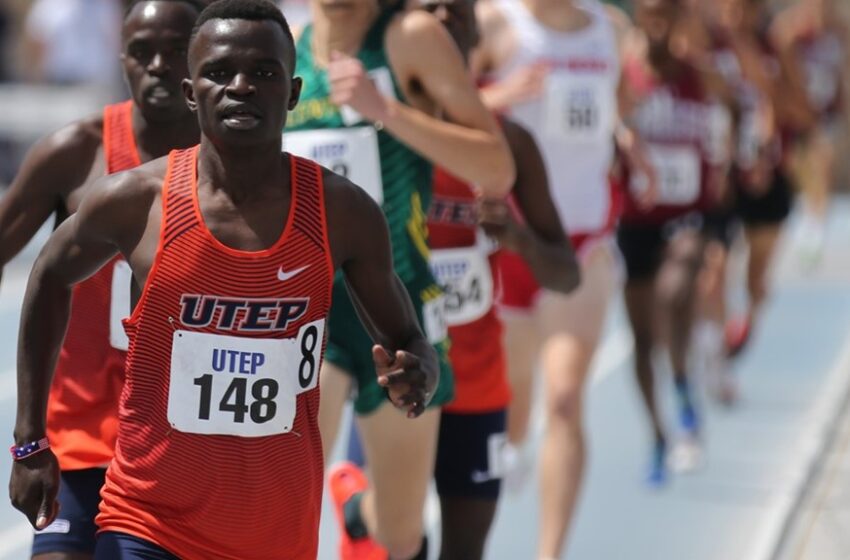 The UTEP track and field team will close out the 2018 outdoor season with a trip to Houston, Texas, for the Conference USA Championships on May 10-13 hosted by Rice.

The Miners will compete against 13 different schools from across the league in four days. The Charlotte men’s team won the indoor title along with Middle Tennessee women’s team back in May.

Getting the action started will be senior Lucia Mokrasova in the heptathlon on Thursday at 1:45 p.m. Mokrasova has enjoyed a successful career with the Miners, holding the school record with 5,671 points. The Slovakia native will compete in the 100m hurdles, high jump, shot put and 200m on the first day. She will return to the track on Friday at 3:30 p.m. in the long jump, followed by the javelin and the 800m.

Mokrasova currently ranks second in the league with a season-high 5,160 points scored at the Texas Relays.

The men’s 10,000m final will feature three Miners on Friday at 7 p.m. Antony Kosgei will lead newcomers Boaz Ronoh and Cornelius Kapel in the charge. Kosgei ranks fifth heading into Friday’s final with a season-best 30:20.92, while Ronoah and Kapel will compete in their first 10,000m race.

Saturday will see the bulk of the Miners competing for a spot in Sunday’s finals.

The spotlight will be on sophomore Michael Saruni when he will compete in the 800m and 1,500m on Saturday along with teammate Jonah Koech. Saruni garnered national and world-wide attention when he broke the 800m NCAA Record at the Desert Heat Classic with a time of 1:43.25. Donavan Brazier (Texas A&M, 1:43.55) previously held the record which stood for two years.

Newcomer Shakeem Smith entered the league for the Miners making an immediate impact in the hurdle events. Smith clocked a personal-best 13.97 in the 110m hurdles at the Desert Heat Classic. His time ranks fourth in school history and third in C-USA. The Bahamas native registered a season-best 400m time of 53.35 at the UTEP Springtime ranking him No. 4 in the league.

In the field events, Donivan Ortega leads the Orange and Blue in the long jump setting a career-best 7.54m (24-9) at the UTEP Springtime. Ortega’s leap ranks him No. 5 on the C-USA list this season. The long jump competition will begin at 2:30 p.m.

On the women’s side, Rebecca Oshinbanjo will compete in the 100m hurdles where she ranks third in conference. The junior clocked a season-best 13.71 at the Texas Invitational to finish fourth overall. Oshinbajo will compete at 5:10 p.m. on Saturday.

Junior Dreshanae Rolle has steadily improved in the 400m hurdles. She started the season by clocking a personal best time of 1:00.00 at the Texas Relays. Rolle lowered that time down to 59.57 at the Desert Heat Classic taking third overall. Heading into the conference championships, Rolle ranks second in the event. She will race on Saturday at 7:10 p.m.

Sunday’s Final will begin with field events at 2 p.m. and running events starting at 5 p.m.