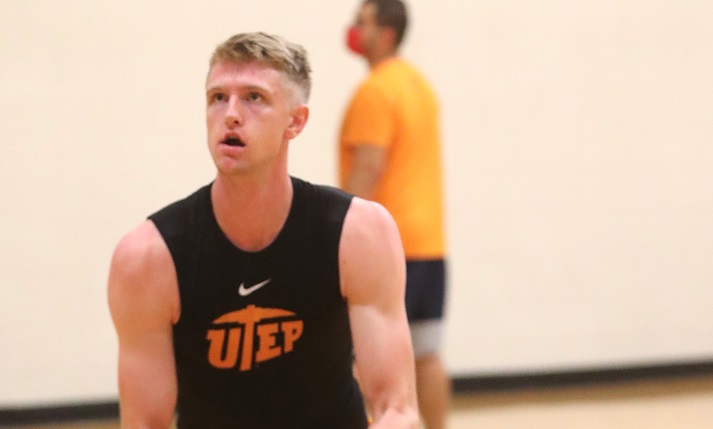 The NCAA announced that UTEP redshirt sophomore transfer Kristian Sjolund will be eligible to play during the 2020-21 season. Sjolund is a 6-foot-8 forward who played at ACC program Georgia Tech.

“We’re excited that Kristian will be able to compete this year,” third-year UTEP Head Coach Rodney Terry said. “We expect him to immediately contribute to our team this season. He’s a guy who’s got size, and a pretty good athlete who can really shoot the basketball for his size. He’s a great kid who comes from a great family.”

A product Kongsberg, Norway, Sjolund played the last two seasons at Georgia Tech, while redshirting during the 2019-20 campaign. Sjolund suited up in 21 games and made four starts during his freshman season in 2018-19. He logged 198 minutes (9.4 avg.) and averaged 3.0 points per game (63 total points). Sjolund added 22 rebounds, four assists, two blocked shots and four steals. He shot 80 percent from the free throw line, while hitting 15 threes.

At one point during the season, Sjolund averaged 9.8 points per game during a four-game stretch. He set career highs in points (11) and rebounds (six) at no. 22 Virginia Tech on Feb. 13, 2019, while matching his career best with 11 points, and adding five boards in 28 minutes of action against no. 17 Florida State on Feb. 16. Sjolund tallied nine points against Pitt on Feb. 20 and scored eight points at Notre Dame on Feb. 10.

Sjolund capped his freshman campaign with six points against the Fighting Irish in the ACC Tournament.

Sjolund played his high school ball at Obra D. Tompkins in Katy, Texas, where he was teammates with two other UTEP transfers Jamal Bieniemy and Emmanuel White.