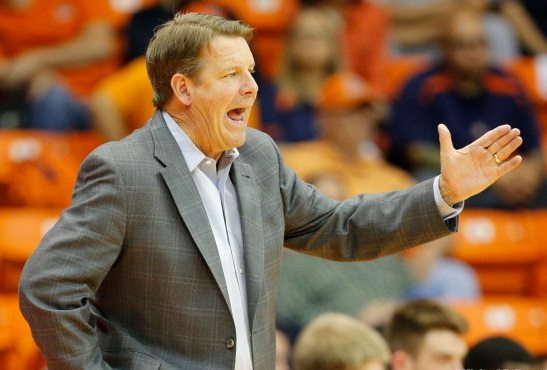 The UTEP-New Mexico men’s basketball series is returning followed a delayed absence.  The Miners and Lobos will renew their long-standing rivalry at “The Pit” in Albuquerque on Dec. 3, 2016, followed by a return game in the Don Haskins Center on Dec. 2, 2017.  Additional games are possible in subsequent seasons.

“It would be hard to argue that the most memorable games in our school’s history have been against The University of New Mexico,” said UTEP coach Tim Floyd.  “Our fans, and I trust theirs, will welcome this series resuming.”

“I am excited to add UTEP to our schedule,” said New Mexico head coach Craig Neal.  “They are a historic and regional rival, and I know our fans are excited for this series as well.”

UTEP and New Mexico last met on March 15, 2011 in the National Invitation Tournament, and haven’t squared off in regular season play since Jan. 6, 2009.  The last two games between the teams have taken place in Albuquerque, with the last El Paso matchup occurring on Jan. 2, 2008.

The Miners and the Lobos have played 141 games, with UNM holding a 76-65 edge in the series ledger.  UTEP and New Mexico met 66 times as members of the Western Athletic Conference, with the Miners emerging victorious on 32 occasions.