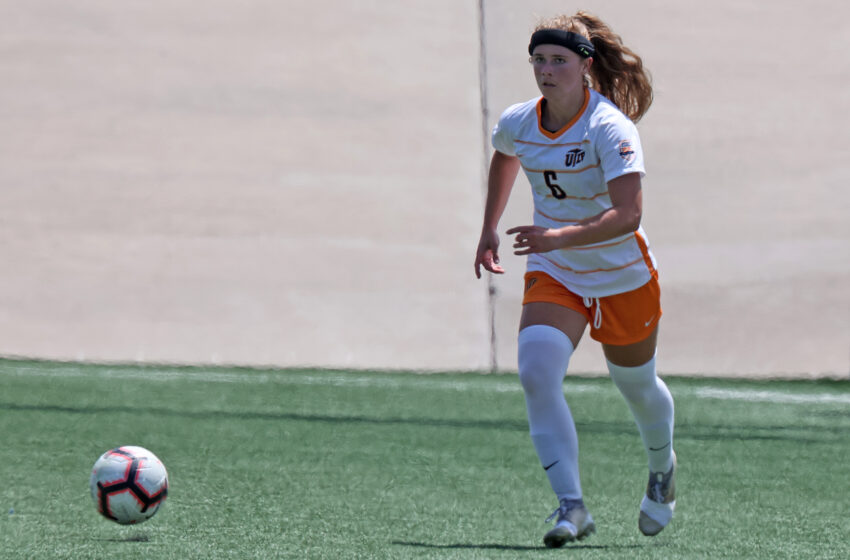 UTEP played well and was aggressive early on, but it couldn’t put it all together in a 1-0 setback against Abilene Christian in its home opener at University Field Sunday afternoon. ACU’s Natalie Jones (22’) scored the lone goal in the game.

The Miners (0-2) generated six shots on target, including three within the first eight minutes of action, but Wildcats’ (1-1) GK Lily Foster was in fine form to turn away every try. The Orange and Blue also produced five corner kicks. UTEP netminders Luisa Palmen (two) and Mariah Scott (three) combined for five saves in the match.

“We need to be better the first 15 minutes of the game,” UTEP head coach Kathryn Balogun said. “If we don’t put ourselves in that spot, we put away two or three goals, we don’t give up one, it’s a different game. At the end of the day, we need to find a way to be a gritty but pretty team because we played really good soccer today but couldn’t get a win.”

UTEP asserted itself extremely well at the onset, peppering Abilene Christian with three shots on goal within the first three minutes. The three tries came from three different players (Kam Fisher, Cayman Tamez, Vic Bohdan), with each resulting in a corner kick after quality saves from the ACU GK Foster

However ACU survived the onslaught without conceding a goal and then adjusted its formation, thus slowing the Miner attack in the process.

The visitors then began to assert themselves offensively, testing Palmen. The freshman from Germany denied Christina Arteaga in the 15th minute for her first career save. Seven minutes later she turned away a chance by Jones, but the rebound went back out to the forward. Afforded a second opportunity, Jones buried the chance past a diving Palmen.

The Miners had an unbelievable chance at the onset of the second half, with Ayana Noel feeding a thru ball toward a streaking Fisher. She timed her run perfectly to beat the offside trap, but Foster came up with the point-blank stop. In the 57th minute it was Jojo Ngongo with the opportunity, only to have Foster push it wide. UTEP couldn’t take advantage of the ensuing corner kick.

Scott, who checked in at the half, then did her part to keep it a one-goal differential with a scrambling save, in the 64th minute. After covering the near post, she tracked a pass and shot from the middle of the box to make a diving stop. Four minutes later the Orange and Blue were back on the offensive. Taya Lopez unleashed a left-foot blast from inside the box only to have Foster come up with the save.

UTEP will return to action at Nevada on Thursday (Aug. 26), kicking off a stretch with four consecutive road contests. The Miners will also battle UC Davis (Aug. 29), UIW (Sept. 3) and SEC power Texas A&M (Sept. 5) during the daunting stretch.