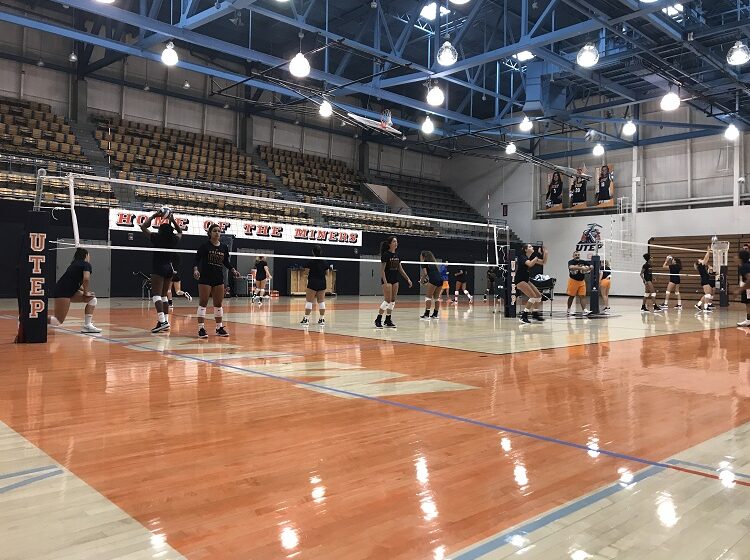 Head coach Ben Wallis and the UTEP Volleyball program went out of state and international to add two signees during the team’s fall hiatus.

The Miners inked a pair of outside hitters in Torrance Lovesee out of Leon, Kansas, and Ema Uskoković from Serbia. Lovesee, a product of Bluestem High School, comes to UTEP after finishing her high school career as a four-year varsity letterman and being named as one of Wichita’s top-50 volleyball players last season. Lovesee is a Kansas All-State First Team nominee.

Lovesee caught the UTEP coaching staff’s attention with her raw hitting power. Wallis said she will be a fantastic addition to the Miners’ outside hitter group.

“Lovesee is going to really impress everyone in El Paso with her arm speed,” Wallis said. “She’s a really nice athlete who has major arm speed. … One of the most important skills in all of volleyball that you can’t teach is arm speed and it’s oozing out of her.”

Lovesee averaged a double-double performance her senior season for the Lions with 16.7 kills and 11.3 digs per match. Lovesee, a reliable contributor to the Lions’ attack with 518 kills over 76 sets at a 49.2 kill percentage, was selected to the Tri-Valley All-League team.

“(Lovesee) is going to compete on the left or right immediately because of her ability to score,” Wallis said. “She’s going to take a little time to adjust to the level of speed and play in college because she comes from a small school but we’re stoked that we were able to get her out of Kansas because I know she could play for a number of teams in the mid-west. She’s highly competitive, extremely driven and comes from a great family so she’ll be another player in our program with high character and a great competitive spirit. If she develops like we think she will she could turn into a four-or-five-kill-a-set kid.”

Joining Irbe Lazda and Paulina Perez Rosas as the third international athlete on the UTEP Volleyball roster is Uskoković from Serbia and Montenegro.

“(Uskoković) is a very skilled player with a ton of international experience playing for multiple countries,” Wallis said. “She has citizenship in Serbia, Montenegro and the United States. She’s played on the Junior National team for Montenegro for a number of years now.

“(Uskoković) a skilled passer and defender and I think is only scratching the surface as an attacker. She’s long and is a five-tool player at the outside hitter position (serve, dig, Attack, Pass, Block). She’s capable of playing either pin for us and will give us another outside hitter that can do multiple things well which is what you want from that position. She’s a smooth operator and we’re fired up to get her here in El Paso. Coach Nick Petrovic went over to Europe and talked her into coming to the Sun City to help us continue turning this program into a top one in the conference.”