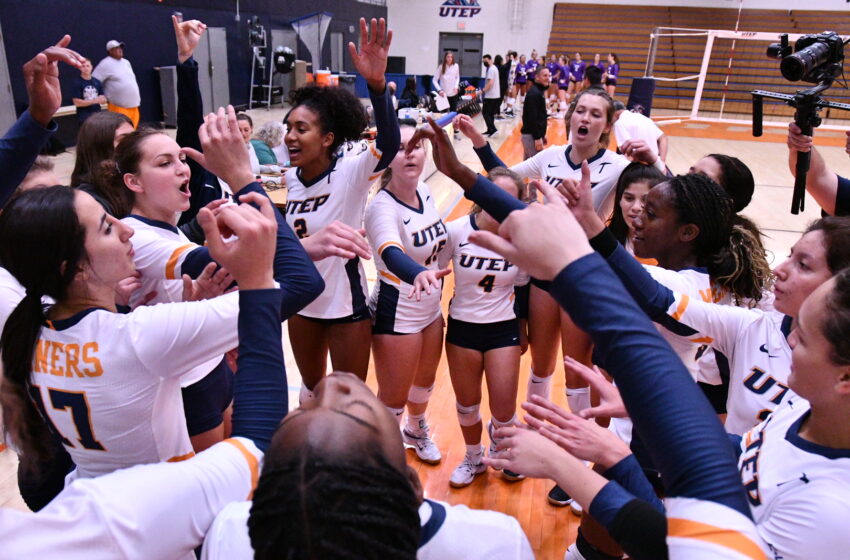 It marks the first win in a campaign lid lifter since 2018, and the initial time that the Miners did so in three sets since 1996. UTEP claimed the first two sets, before the Anteaters took the next two. The Miners regrouped and secured the win after taking care of business in the fifth set.

“I just said (before the match) I don’t care what it looks like, I just care that we come out with a victory by grinding through (to win) three sets,” Wallis said. “Now that sounds cliché but we went up 2-0 and they got a little hotter in the third and fourth set. They have two special players (Joy Umeh, Onye Ofoegbu), and they challenged us a lot. We did enough to win. The sign of a good team is that even when it’s ugly, you find a way to win.”

“SP (Serena Patterson) came up big in that fifth set on the one-on-one block with Umeh,” Wallis said. “She did a great job blocking it, and it was a big point in the match. It was a one-on-one swing.”

UTEP got off to an early 3-1 lead in the first set behind kills from two different players and then an attack error from UCI. The Anteaters countered with four straight points to put the Miners down, 5-3. UCI eventually extended the lead to as many as four (19-15), but the Orange and Blue would rally.

UTEP closed out the set on a 10-4 surge to take opening set, 25-23. The offense heated up with five kills and a pair of service aces during the decisive stretch. An assisted block from Darley and Amin afforded the Miners their first lead (24-23) in the set since 3-2. On the next point, a powerful swing from Darley capped the set.

The Miners raced out to a 9-4 advantage in the second set before UCI bounced back with a 6-1 run to knot the set, 10-10. The Orange and Blue scored six of the next seven points to reinstate a five-point advantage (16-11). The Anteaters clawed back to within one (24-23) but Perez Rosas slammed the door shut on the comeback with one of her six kills in the set.

The two sides traded blows in the fourth set before UTEP staked a three-point margin (19-16). UCI regrouped and rallied down the stretch to take the set, 25-21, once again, sending the match to a fifth and final set.

UTEP never trailed in the fifth set, but it was tied at 8-8. The Miners scored three straight points to ignite a match-clinching 7-2 finish.

UTEP will continue play at the Bengal Invitational with a pair of matches on Saturday (Aug. 28). The Miners will challenge Seattle at 2 p.m. MT and host Idaho State at 7:30 p.m. MT

There will be live stats for the match-ups against Seattle and Idaho State. There will also be a live stream on ESPN+ for the contest against the Bengals.