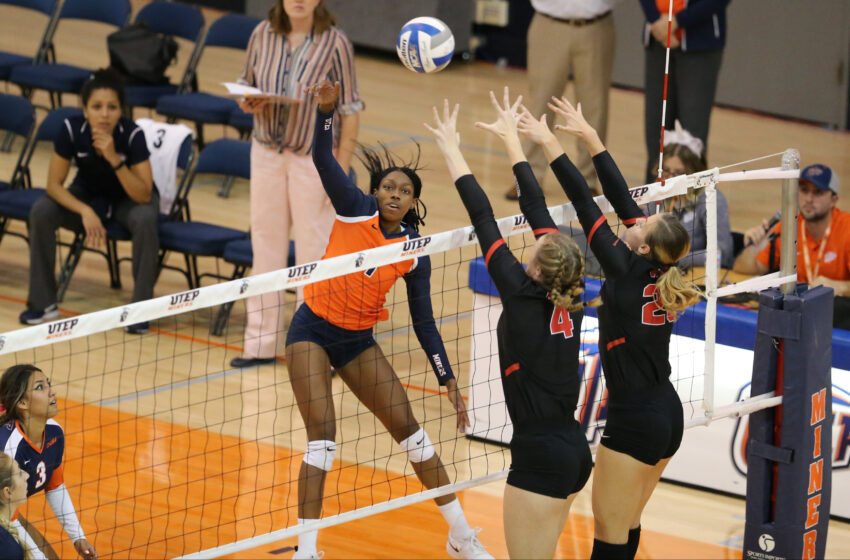 Macey Austin led the Miners with 13 kills and two total blocks for the match. Serena Patterson was close behind, adding nine kills to the effort. Kristen Fritsche produced 24 assists, while Mallory Yost led the way at the net for UTEP with three total blocks.

With the score tied at 18-18, after seven ties in the first set, the Lady Toppers went on a 3-1 run that gave them the separation needed to take the set, 25-22.

WKU came out in the second set on fire, tallying an 11-3 run that gave it the early edge. UTEP would fail to recover the initial deficit dropping the set 25-14.

UTEP, with its back against the wall, registered a 5-1 run to begin the third set. WKU would come back, tying the set up at 8-8. The two teams battled until the score reached 23-23. The Lady Toppers would prevail scoring the final two points of the set to claim the match, 25-23.

Macey Austin recorded her 300th kill of the season as well as the 1,000th point of her career

Up Next
The Miners will play under the lights of Memorial Gym against Rice (18-4, 9-0 C-USA) on Sunday at 12 p.m. MT. Tickets are $5 for adults and $3 for kids. For more information about the team day program