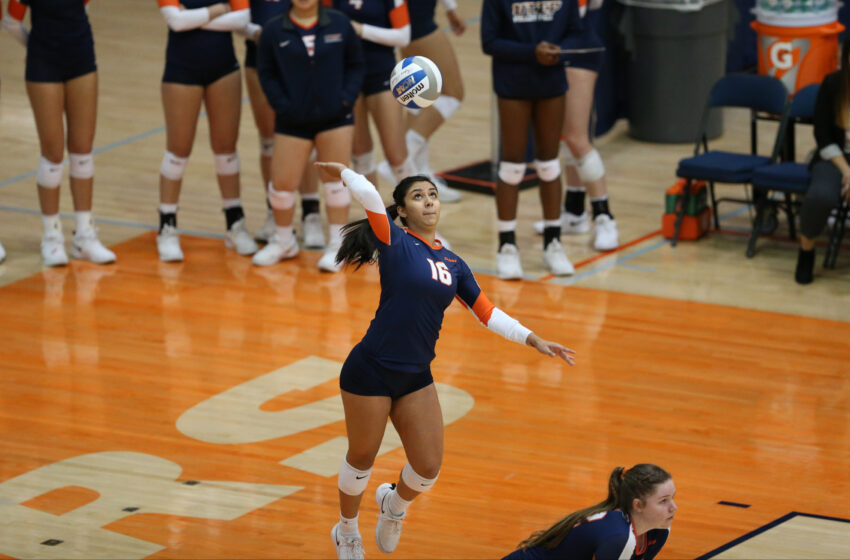 Macey Austin was a standout in Thursday night’s match with 18 kills, hitting at a .325 clip and adding six digs. Austin produced a remarkable second set, tallying 10 kills to boost the Miners to the set victory.

Kristen Fritsche notched 32 assists and eight digs, while Briana Bustillos paced UTEP with 15 digs. Martine Kragholm helped the Orange and Blue out block the Mean Green with six total blocks on the night.

The Miners and Mean Green had back and forth action to begin the first set. With the score tied at 8-8, North Texas would string together a 7-1 run that gave it a 15-9 advantage on its home court. The run gave the Mean Green all of the cushion they needed to secure the set, 25-16.

Austin asserted her dominance in the second set with 10 kills, as her teammates could sense she was in the zone. Her effort helped the Miners claim the set, 25-20.

North Texas in the third set built up a large run that allowed it to control the entirety of the game, 25-9.

The Mean Green picked up where they left off in the third set, taking control early and throughout the fourth set. The Miners fought hard behind stellar and strong play from Austin, but ultimately fell,