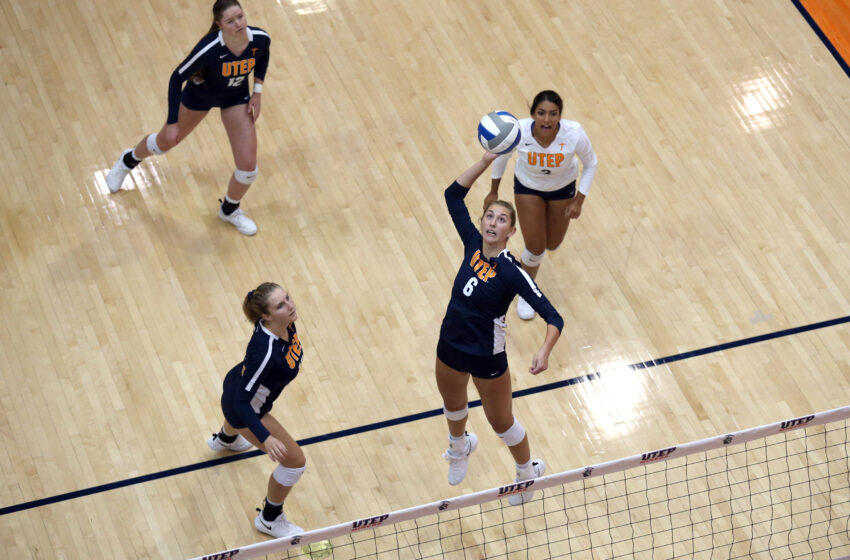 Senior Kylie Baumgartner led the way for the Miners with nine kills and a season-high five total blocks. Macey Austin recorded the most kills for UTEP (10), while Kristen Fritsche added 35 assists to the offensive effort.

In the first set, the Golden Eagles jumped out to a quick start with a 10-6 lead forcing a UTEP timeout. The Miners could not recover from the deficit as the Southern Miss lead ballooned to as much as nine points on its way to a 25-18 set victory.

Baumgartner and Jones got the action started for UTEP with two well-placed kills. USM would respond with a 12-6 run that forced a Miner timeout. UTEP stayed within striking distance, but could not regain the momentum to take back the lead. The Golden Eagles took the set, 25-22.

The Miners raced out to a 15-5 advantage, with Baumgartner and Austin both providing great play at the net. USM attempted to claw their way back into the set, but UTEP and the home crowd closed the door with a kill from Baumgartner, 25-21.

The fourth set proved to be a back and forth affair, with each team responding to one another. The Golden Eagles held a 14-12 lead, midway through the set. USM would then put together a 6-2 run putting them up, 20-14.

UTEP made a last ditch effort to stay alive in the match, but Southern Miss claimed their first conference victory of the season 25-21.

Up Next
The Miners will play UTSA on Sept. 30 at 12 p.m. MT for their second home-conference match of the season at Memorial Gym. Tickets       are $5 for adults and $3 for kids.