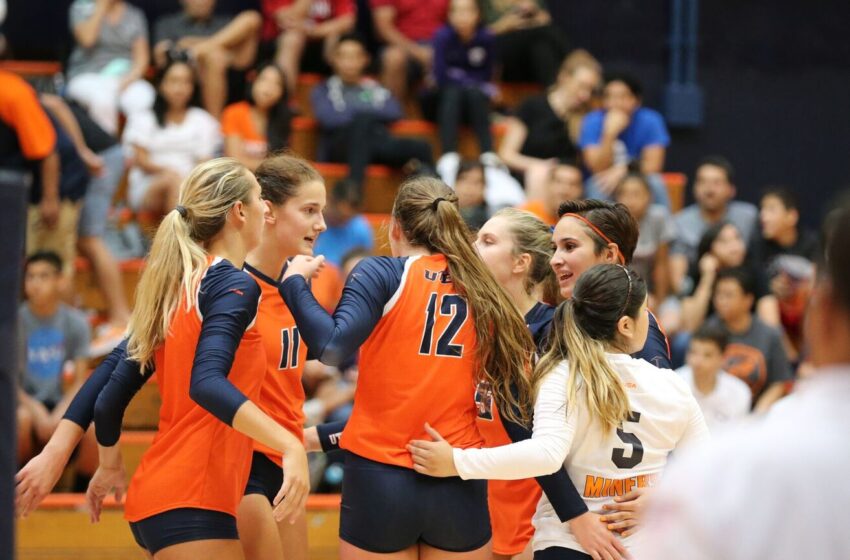 The UTEP volleyball team dropped the final match of its New Orleans road trip on Saturday morning to Louisiana (3-1).

Freshman Kristen Fritsche amassed 39 assists and 10 digs for the match, earning her the second double-double of her career. Freshman Serena Patterson locked in a career-high seven kills in the first start of her career, and junior Macey Austin led the way with 13 kills.

As a team, UTEP recorded more service aces (six) than its opponents for the third straight match.

The first set resulted in a wire-to-wire victory (25-20) for the Miners. Senior Ashley Grzebeniak notched three kills. Fritsche found her teammates regularly with 11 assists, pushing the Orange and Blue past the Cajuns.

UTEP early on in the second set produced a 6-0 run resulting in an 11-8 advantage. With the score tied at 17 the Ragin’ Cajuns tallied off eights straight points claiming the set to match the Miners at one each.

The tightly contested third set saw 10 ties and five lead changes. However, Louisiana would pull away to earn the decision and the 2-1 match advantage.

After falling behind 10 points in the fourth set, the Miners rallied with a 4-0 run to stay within striking distance. The Ragin’ Cajuns would ultimately capture the set (25-16) and match.

Next Match – The Miners will play Illinois-Chicago (Aug. 31 9 a.m. MT) as part of the Omaha Challenge in Omaha, Neb. Following its match against UIC on Friday, UTEP will take on UMKC (4 p.m. MT). The Orange and Blue will conclude the weekend against host school Omaha (Sept. 1).