Freshman standout Macey Austin paced the Miners with a total of 15 kills while hitting at a .312 clip. Lindsey Larson just missed another triple-double with nine kills, 33 assists and 19 digs, while adding three blocks from the net. Arellano finished third on the team with eight kills and also contributed to the defense with 12 digs and a block. Sarah Villa led the team in digs (28) and Tatum Winter led in blocks (4).

In the opening set, UTEP started off with a 2-0 lead before the Lady Techsters tied the match with back-to-back kills. The score was tied six more times early in the frame before LA Tech stormed off with a 23-14 lead. Grzebeniak delivered one more kill but the host responded with two kills to claim a 25-15 set victory and a 1-0 match advantage.

Austin notched the first kill of the second stanza but the teams began going back and forth after each point. The Orange and Blue was able to get ahead, 8-5, before LA Tech’s Angela Papach returned two kills. UTEP led 14-11 before the Lady Techsters went on a 5-0 run to get on top, 16-15, and never looked back. LA Tech went into the intermission with a 2-0 match lead after taking down the Miners, 25-23, in the second set.

The thrilling third period saw 16 tied scores and five lead changes. A timeout as not called until late in the frame as LA Tech took a 21-18 lead. The Lady Techsters would score two more points but the Miners came back to win the stanza, 25-23.

UTEP started off the fourth set at a slow pace as the home team led, 5-1. The Orange and Blue picked up its momentum to tie the set, 11-11, and forced LA Tech to use a timeout. Both teams went point for point before the second timeout was called on the court by head coach Holly Watts as the Miners were trailing by only one point, 20-19. The Miner’s comeback fell short however, as LA Tech won the fourth set, 25-23, and the match, 3-1.

The Miners will be hosting three home matches next weekend. Action will begin on Thursday as the squad will host UT-Rio Grande Valley on Thursday, Florida International on Friday and Florida Atlantic on Sunday. All matches will be played in Memorial Gym. 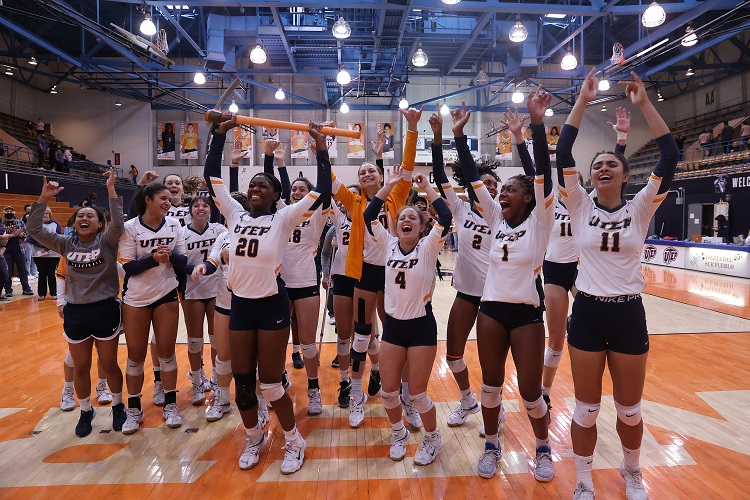 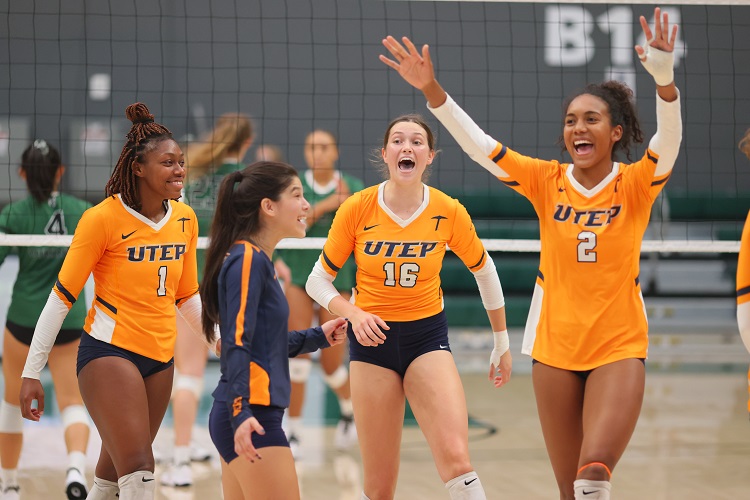