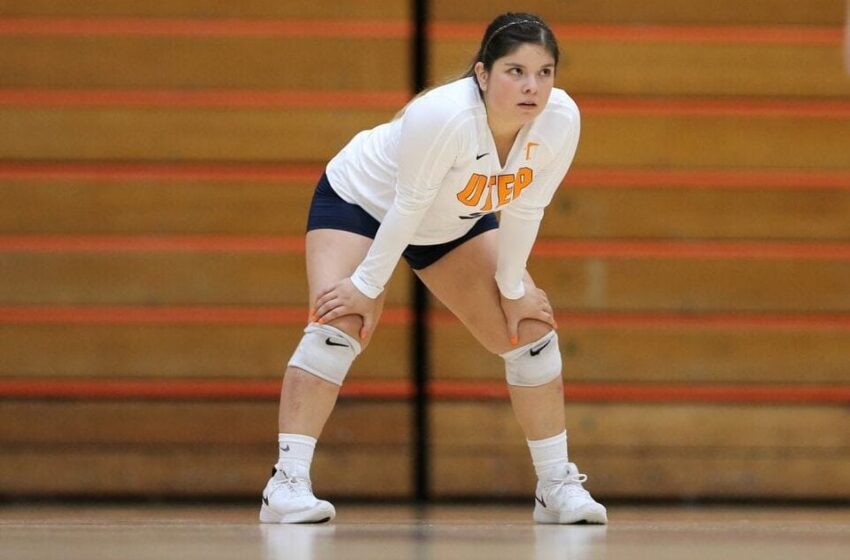 Outside hitter Macey Austin led the attack for the Miners, with a match-high 20 kills and a blistering .378 hitting percentage. Cheyenne Jones followed Austin’s lead, adding 15 kills of her own to the Miner effort.

Freshman-standout Kristen Fritsche provided 45 assists and 14 digs, locking in her sixth double-double of the season. Defensively UTEP was captained by Mallory Yost and Jones, who secured two blocks each. Libero Briana Bustillos tallied a team-high 16 assists.

Early on in the first set freshman Martine Kragholm provided a spark for the Miners, when she managed back-to-back aces to give UTEP an 11-10 advantage. Austin’s four kills in the set helped the Orange and Blue tie the score at 15-15. The Wildcats would take control of the set, and finish things off for the game victory, 25-21.

The Miners jumped out to an 11-5 lead in the second set, forcing Arizona to take two timeouts early. The Wildcats bounced back to get within one point, but one of Jones’s five kills in the set helped UTEP maintain the edge at 18-16. Arizona would tie things up at 23-23, and the two teams traded blows back and forth until the Wildcats came out on top, 28-26, for the two-set advantage in the match.

The third set showed 10 ties between the Miners and Wildcats. With the score knotted up at 16-16 UTEP tallied a 3-0 run highlighted by back-to-back kills from Austin. The push forced Arizona to take a timeout and UTEP never looked back, seizing the set, 25-20, and staying alive in the match 2-1.

In the early stages of the fourth set both teams battled for position. A powerful kill by Austin put the Miners up 10-8, forcing a Wildcat timeout. The momentum switched over to the Arizona side when it put together its own 4-0 run. Yost provided one of her five kills in the match at a crucial moment when she tied the set up at 18-18. Arizona would take control of the final points of the match, forcing a timeout from UTEP facing match point 24-21.

UTEP strung together a pair of points cutting into the lead, but the Wildcats came out on top, 25-23, capturing the match victory.

Up Next
UTEP comes back home to Memorial Gym Saturday at 11 a.m. against Montana (1-6) for the second match of the Borderland Invitational. Tickets are $5 for adults and $3 for kids. For more information about the team day program call the UTEP marketing department at (915) 747-6065.